Prime Minister Mariano Rajoy has strongly denied Spanish media claims that he and other members of the governing Popular Party received secret payments.

“I have never received nor distributed undeclared money,” Mariano Rajoy said, stressing that he would not resign.

Mariano Rajoy and his party were elected by a landslide in November 2011 on a promise to reduce the high public deficit.

Addressing the PP national executive meeting in an extraordinary session to discuss the El Pais allegations in Madrid, Mariano Rajoy said: “It is not true that we received cash that we hid from tax officials.”

He added he would publish on the party’s website full details of his income and assets. 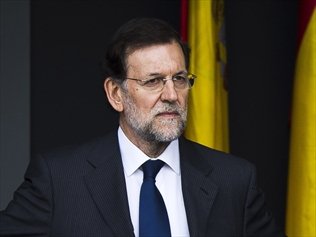 El Pais said the photographs it had published were of ledgers kept by former treasurers Luis Barcenas and Alvaro Lapuerta between 1990 and 2009.

Money was allegedly paid by firms via Luis Barcenas, who stepped down in 2009 and is currently under investigation for money-laundering.

Investigators recently revealed that Luis Barcenas held a Swiss bank account which at one point held as much as 22 million euros ($30 million).

Until 2007, Spanish political parties were allowed to receive anonymous donations.

Spaniards have been asked to accept painful austerity measures as the government battles to avoid an international bailout. Meanwhile, the unemployment rate has reached a record 26%.

The allegations raise ethical questions about the Popular Party’s dealings during the period of Spain’s building boom, when politicians granted large numbers of development contracts.

The party has denied making any “systematic payment to certain people of money other than their monthly wages”.