Silver Linings Playbook has become the first film to win 2013 Oscar nominations in all four acting categories for more than 30 years.

Steven Spielberg’s drama Lincoln dominated the shortlist with 12, while Ang Lee’s Life of Pi picked up 11.

The musical, which takes its lead from Victor Hugo’s historical novel set during the Paris uprising, received 8 nominations in total – including nods for stars Hugh Jackman and Anne Hathaway.

Quentin Tarantino once said Django Unchained, a western which sees Jamie Foxx as a freed slave on a mission to rescue his wife from a Mississippi plantation owner, would not win best picture, but “it’s nice to be invited to the party”.

The ceremony will take place at the Dolby Theatre on February 24.

Emmanuelle Riva and Quvenzhane Wallis became the oldest and youngest nominees in the best actress category at the age of 85 and nine respectively.

Quvenzhane Wallis, who was picked from obscurity to play the lead in Benh Zeitlin’s Sundance winner Beasts of the Southern Wild, was just six when she took the role of a young girl stranded by rising waters and tending to a sick father in a remote corner of Louisiana.

They will face competition from Spielberg, Ang Lee and Silver Linings Playbook’s David O. Russell. But there was no nomination for Zero Dark Thirty’s Kathryn Bigelow, who was named best director by the National Board of Review in the autumn, and had been considered a frontrunner following nominations at the Baftas and the Golden Globes.

Kathryn Bigelow became the first woman to win the best director Oscar with The Hurt Locker at the Academy Awards in 2010. 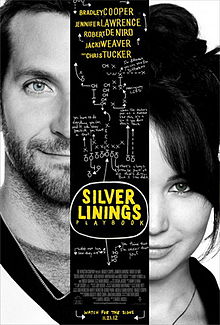 He said “it bites a little bit, but I got it from BAFTA” – referring to his success in the BAFTA shortlist earlier this week.

Britain’s Tom Hooper – who was named best director for The King’s Speech in 2011 – was also snubbed, for his work on Les Miserables.

“It was a complete shock,” said Working Title’s Eric Fellner.

“But not just for Tom, but also for Kathryn Bigelow for Zero Dark Thirty and Ben Affleck for Argo.”

Prior to the nominations it had been suggested that Skyfall might become the first Bond film to win a best picture nod, but the film was not shortlisted in any of the major categories despite BAFTA nominations for Dame Judi Dench and Javier Bardem earlier this week.

However, Adele did win a place on the best song shortlist and said she felt “like Meryl Streep”, while the film received a further four nominations in the technical categories.

Aside from Emmanuelle Riva and Quvenzhane Wallis, the best actress category is completed by Jennifer Lawrence in Silver Linings Playbook, Naomi Watts in The Impossible and Jessica Chastain, who plays a CIA agent hunting Osama Bin Laden, in Zero Dark Thirty.

Naomi Watts is the only nomination for The Impossible, the real-life story of a family caught up in the devastating 2004 tsunami, she said she was “truly honored”.

“I am so thrilled and humbled with this morning’s wonderful news. The journey of telling Maria Belon’s miraculous story of survival has been an incredible experience.”

Previous Oscar winner Dame Helen Mirren missed out on a best actress nomination for Hitchcock, which leaves Daniel Day-Lewis as the key British hope at this year’s ceremony.

Daniel Day-Lewis, 55, is currently the bookmakers’ favorite to win the best actor award for his role as US president Abraham Lincoln. Should he win, he will become the first actor to win the best actor honor three times, after earlier triumphs with There Will Be Blood (2008) and My Left Foot (1989).

Bradley Cooper, best known for the Hangover films, is among his competition, which also includes Hugh Jackman, Joaquin Phoenix in Paul Thomas Anderson’s cult drama The Master and former winner Denzel Washington, as an alcoholic pilot in The Flight.

Anne Hathaway leads the supporting actress category for her role as the tragic Fantine, with competition from Amy Adams in The Master, Sally Field in Lincoln, Helen Hunt in The Sessions and Australia’s Jacki Weaver in Silver Linings Playbook.

Animated film The Pirates! Band of Misfits! (also known as Pirates! In An Adventure with Scientists!) may also bring British success for Aardman Animations – of Wallace & Gromit fame – who have previously won four Oscars.

“We tried to do something a little different with The Pirates, in terms of tone and comedy, and it’s just brilliant that the Academy has responded to it in such a wonderful way.”

The Oscars ceremony, which will feature a tribute to 50 years of the James Bond movie franchise, will be hosted by Seth MacFarlane, who created the animated series Family Guy.

The star, who is hosting for the first time, also secured an Oscar nomination on Thursday for best song, having written the lyrics for Everybody Needs A Best Friend from the movie Ted.