A brand new get-slim-quick fix is on the market, and it’s based on the humble raspberry.

Raspberry ketones are fragrant compounds that occur naturally in raspberries and a number of other fruits.

Raspberries are normally used to give a fruity smell to cosmetics and foodstuffs but, because you only get between 1 and 4 milligrams from every kilo of fresh fruit, a synthetic version is often used to get the same result. And now these ketones are being sold online, in supplement form, as a slimming aid.

The key lies in the fact that raspberry ketones appear to boost levels of a hormone called adiponectin, which regulates metabolism. Higher levels of this hormone are associated with fewer fat stores.

Millions of Americans have become convinced of their powers to “melt” away fat after they were recommended by Dr. Mehmet Oz, a cardiothoracic surgeon featured on The Oprah Winfrey Show.

Dr. Mehmet Oz says raspberry ketones are “the number-one miracle in a bottle to burn your fat”.

So do they really work? Ann Ashworth, a spokeswoman for the British Dietetic Association, urges caution, pointing out the only published research into the effects of raspberry ketones on weight loss is small studies on mice.

“Although this sounds very exciting, this evidence cannot be transferred to humans without further clinical trials,” she says.

“We need to know if it’s safe, if there are side-effects, or if it interacts with other medicines.”

Consultant nutritionist Helen Bond agrees: “People want a quick fix, especially at this time of the year, but when it comes to weight loss, no supplement can take the place of a healthy diet and exercise.”

“It is not very glamorous but it will save you quite a few pennies along the way and will help you keep the weight off in the long term.” 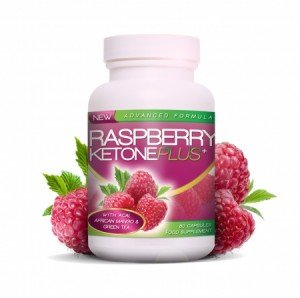 What Are Raspberry Ketones?

Raspberry ketones are what actually gives a raspberry its smell. Raspberry ketones have been used as a chemical additive in perfumes and cosmetics for quite some time as a fragrance agent. Its official chemical name is 4(-4-Hydroxyphenyl)butan-2-one and more commonly known as Frambinone, Oxyphenylon, Rheosmin and Rasketone. It’s sweet fruity aroma make it an attractive to use in products. Raspberry ketones are really only found in trace amounts in raspberries (less than 0.1%), which makes the natural version of the ketone too costly to use in supplements which means any raspberry ketone that is actually used in a supplement would rarely come from the actual raspberry and more-than-likely come from a product synthesized in the lab.

Raspberry ketones have a chemical structure similar to synephrine (which is a weight-loss drug and used as an alternative to ephedrine – which has been taken off the market due to harmful side effects). According to Wikipedia: “Many diet products such as “Stacker 2″, “Xenadrine-EFX”, etc. contain a “stack” of synephrine along with caffeine, sometimes with an NSAID. Some reports have indicated that such diet pills cause numerous harmful effects. The Mayo Clinic published a report that suggested a link between Stacker 2 pills and increased risk of ischemic stroke, increased blood pressure, and myocardial infarction (heart attack). Synephrine can also cause arrhythmias. It is similar to ephedrine and can therefore show similar symptoms.”

Synephrine can also be found in supplements such as Bitter Orange. Bitter Orange can cause high blood pressure and increased heart rate. There has been no evidence to show that Bitter Orange is any safer than ephedrine.

Due to the nature of this supplement, it does not require FDA approval nor scientific backing to support the fat-loss claims. And as stated above, all of the studies had a serious shortcoming: They involved rodents or cells in test tubes, not people! To me this is a definite deal-breaker! Many weight-loss supplements look great in the lab, but don’t actually work in the real-world – mainly due to poor nutrition and lack of exercise!

The Dr. Oz television segment featured before-and-after pictures of women who said they lost significant weight while taking raspberry ketone supplements. But Dr. Oz noted that the women had also dieted and worked out. The Dr. Oz website says that raspberry ketones work best “when paired with regular exercise and a well-balanced diet.”

In summary, I would steer clear of raspberry ketones as recommended in The Pharmacists Letter. There have been no trials done on humans to support the claims and the only way they’ve been shown to work is when paired with diet and exercise. So, if you’re considering raspberry ketones, it is probably best to start with diet and exercise first and see where that gets you – odds are you’ll lose weight and save some cash by not purchasing the next “miracle” fat burner.