Jenni Rivera’s family identified her remains as her body was found in the wreckage along with the bodies of six others, including her publicist, lawyer, make-up artist and two pilots.

Nuevo Leon state security spokesman Jorge Domene said DNA tests are still pending. The singer’s remains will be given to the family once the tests are completed in coming days.

It was also revealed this week that Jenni Rivera, 43, was in the final states of buying the Learjet plane from business executive Christian E. Esquino Nunez.

Nunez is wanted for questioning regarding his ties to the plane, and has been convicted of drug-trafficking and counterfeiting government inspection stamps in the past. 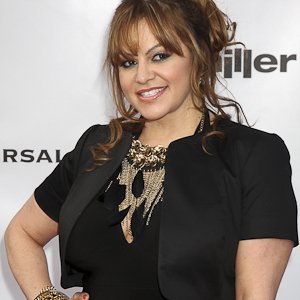 ABC News exclusively reported that Christian E. Esquino Nunez could be wanted for questioning with Mexican authorities, as well as investigators with the National Transportation and Safety Board (NTSB) regarding the fatal crash.

The Learjet 25 belongs to Starwood Management, which is, according to records, owned by Nunez.

According to ABC News, Christian E. Esquino Nunez and his partner Lance Z. Ricotta were convicted of creating false logbooks for six aircrafts they bought from the Mexican government and sold in the U.S.