Insurance policies covering flood damages become essential as flood warnings have been issued across the U.K.

The British insurance companies caution homeowners that separate flood insurances are required in order to protect their houses against rising waters from the rains that have been lashing parts of the United Kingdom. The residents must revise their policies and make sure that there won’t be any unwanted surprises.

The Association of British Insurers (ABI) recommends that documents, flood insurance, home insurance, motor insurance, the emergency contact information for local authorities and utility companies and other documents to be kept in a safe, easy to find, dry place.

Anyone whose property is damaged should contact their insurer’s 24-hour emergency number as soon as possible, before throwing out any damaged belongings.

“Insurers expect bad weather to strike any time and have arrangements in place to minimise distress and inconvenience and help customers recover as quickly as possible. Anyone who has suffered damage should contact their insurer straight away to get their claim moving,” said Nick Starling, the ABI’s director of general insurance.

Lots of regions suffered from flooding in the early summer, leading to significant payouts by insurers.

A rainfall dumped down a month’s worth of precipitation within periods of only twenty four hours, the south of Scotland and the north of England have been pummeled with winds reaching 60 miles per hour, and some regions have recently received rainfall of up to 80 mm within a single day’s time. 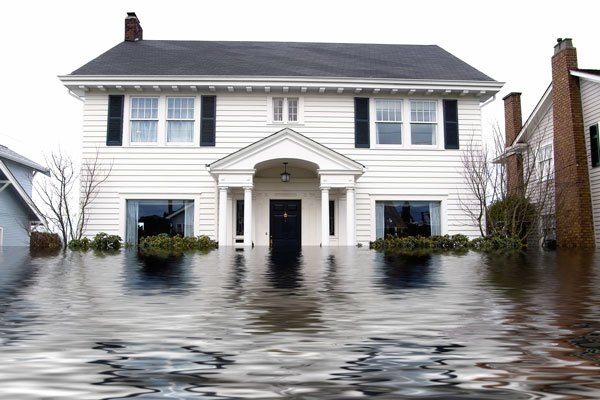 There are some differences between home insurance and flood insurance, and this is the reason why coverage for flooding is needed beside homeowners insurance.

Only flood insurance covers for flood damages, and because it has a 30-day waiting period, the flood insurance policy must be obtained long time before an imminent flooding.

Flood damage is the damage caused by water that has been on the ground at some point before damaging a house, for example, surface water caused by a heavy rain seeps into basement because the soil can’t absorb the water quickly enough, or a nearby river overflows its banks and washes into home. You can contact your county planning office to determine if your home is located in a flood plain.

A homeowners insurance policy does not provide coverage for flood damage, but it provides coverage for a lot of types of water damage to your home. Water damage is considered to occur when water damages your home before the water comes in contact with the ground, for example, a broken water pipe spews water in your home.

Homeowners insurance policy doesn’t cover the flood damage, but losses from theft, fire or explosion resulting from that damage are covered. Flood insurance and homeowners insurance do not duplicate coverage for water damage, they complement each other.