German government has criticized leading conservative politician Alexander Dobrindt for suggesting that Greece will have to leave the eurozone.

And in a TV interview Chancellor Angela Merkel said: “Everyone should weigh their words very carefully.”

His party, a junior coalition partner of Angela Merkel’s Christian Democrats (CDU), is preparing for an election in Bavaria and Germany’s general elections next year. 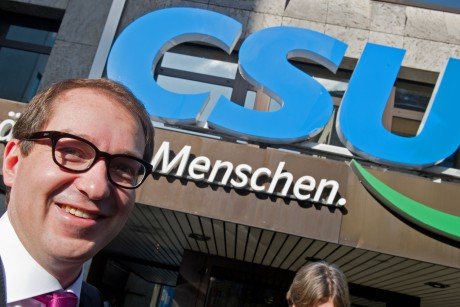 Last week Angela Merkel reiterated that she wanted Greece to stay in the eurozone. And on Sunday she told German ARD television that “we are in a very decisive phase in combating the euro debt crisis”.

Greece is under pressure to speed up far-reaching reforms, including privatization and civil service job cuts, in order to continue receiving installments of its 130 billion-euro ($163 billion) international bailout.

It is the second massive bailout agreed for Greece since the 2008 debt crisis shook the global economy and German politicians have made it clear they will not stomach a third.

Guido Westerwelle warned that remarks like Alexander Dobrindt’s could harm Germany’s reputation as the eurozone tackles the debt crisis.

Comments by the head of Germany’s Bundesbank, Jens Weidmann, also signaled divisions at the top over the ECB’s handling of the crisis.

In early August Mario Draghi announced plans for the ECB to buy the bonds of countries like Italy and Spain, whose borrowing costs have reached levels widely regarded as unsustainable.

He is expected to give details after a 6 September meeting of the ECB’s governing council.

He warned that it was “close to state financing via the printing press” and could be a violation of EU rules preventing government-to-government subsidies.

Traditionally the ECB has been reluctant to undertake large-scale bond-buying because it is seen as inflationary, and the ECB’s priority is to keep inflation under control.

But during the eurozone crisis the ECB has been buying up sovereign debt to help ease the market pressure on struggling, debt-laden eurozone countries.

At the weekend the German and French governments indicated that Greece’s plea for a two-year “breathing space” in meeting its bailout obligations was unacceptable.

Eurozone leaders are waiting for a crucial report on Greece’s finances, due in late September. It will be delivered by the troika supervising Greece’s fulfillment of the bailout conditions – the ECB, International Monetary Fund (IMF) and European Commission.

Greece’s continued access to the bailout lifeline depends on a favorable report from the troika.

Athens is trying to finalize a package of 11.5 billion euros of spending cuts over the next two years.