Fears are growing for the health of country star Glen Campbell after he was forced to cancel his tour to Australia and New Zealand.

The veteran star, who admitted last year he was diagnosed with Alzheimer’s disease, is unable to complete the long flight from the US.

Glen Campbell, 76, was due to star with Kenny Rogers but his spokesman said he cannot cope with the strains of travel.

“Glen is able to comfortably deal with the travel and the shows themselves,” the spokesman said.

“However, as August approaches Glen realizes that due to his Alzheimer’s condition, he cannot handle the extremely long plane trip from Los Angeles to New Zealand and Australia.” 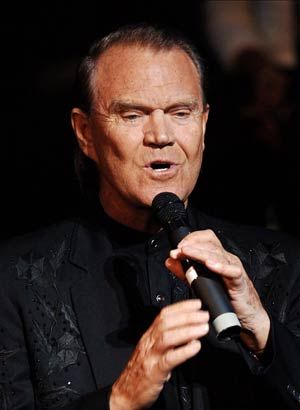 The Australia and New Zealand jaunt would have been the last international run on Glen Campbell’s Goodbye Tour.

He is taking part in one last concert tour before retiring for good from live performances.

Glen Campbell, who won five Grammys during his recording career, was given a Grammy Lifetime Achievement Award this year.

He also performed in the live Grammys telecast in February.

Glen Campbell’s hits include Wichita Lineman, Galveston a year later, and he starred in the John Wayne western True Grit in 1969.

In announcing he was suffering from Alzheimer’s, Glen Campbell said he often forgets the words to his most memorable songs.

His spokesman said Glen Campbell was “very disappointed that he is unable to perform for his New Zealand and Australian fans one last time”.