The Petermann Glacier in northern Greenland has calved an iceberg twice the size of Manhattan, scientists say.

Images from a NASA satellite show the island breaking off a tongue of ice that extends at the end of the glacier.

Glaciers do calve icebergs naturally, but the extent of the changes to the Petermann Glacier in recent years has taken many experts by surprise. 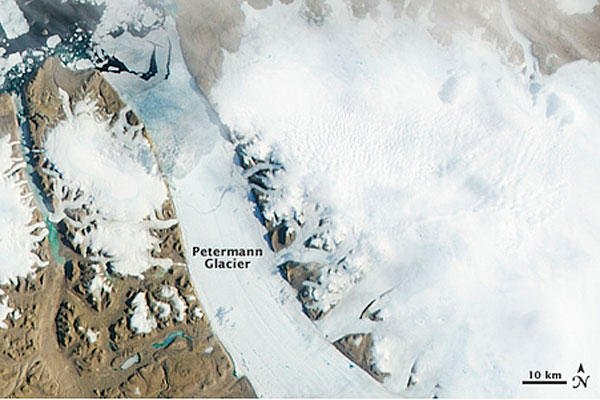 “It is not a collapse but it is certainly a significant event,” Eric Rignot from NASA said in a statement.

“We have data for 150 years and we see changes that we have not seen before,” Andreas Muenchow added.

However, the calving is not expected have an impact on sea levels as the ice was already floating.

Icebergs from the Petermann Glacier sometimes reach the coast off Newfoundland in Canada, posing a danger to shipping and navigation, according to the Canadian Ice Service.

Scientists have also raised concerns in recent years about the Greenland ice shelf, saying that it is thinning extensively amid warm temperatures.