At least six climbers have been killed and eight injured in an avalanche near the French Alpine ski resort of Chamonix, police say.

The alarm was sounded at 05:25 local time by one of the injured on the slopes of Mont Maudit.

Foreigners are thought to be among the victims. The injured were airlifted to a local hospital. 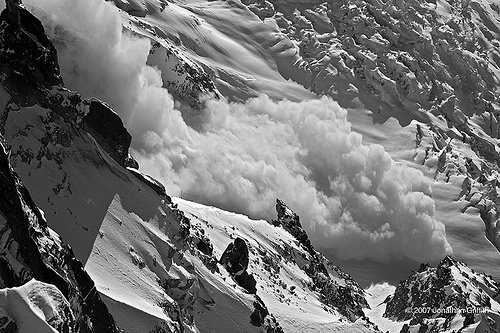 The mountain is known as a popular route for summer tourists heading for the summit of Mont Blanc.

The climbers are believed to have been roped together in several groups when the avalanche struck.

About 28 climbers from several countries are said to have taken part in the expedition, and reports say a number of them are still missing.

Rescue teams are using a helicopter and heat-seeking device to try to locate the missing.

The local authorities described the avalanche as “the most deadly” in recent years, according to the AFP news agency.

A news conference in Chamonix is expected shortly.