Boeing has announced an “historic” order from United Airlines for 150 Boeing 737s, in a deal worth up to $14.7 billion.

Boeing said the deal meant it had now received more than 10,000 orders overall for aircraft from the 737 family.

Boeing said the 737 was the “undisputed best-selling jetliner in the world”.

It said the Next Generation 737 was “the most fuel-efficient and reliable” single-aisle plane in the market. 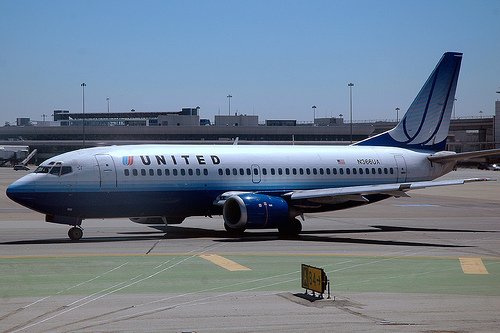 Boeing has announced an "historic" order from United Airlines for 150 Boeing 737s, in a deal worth up to $14.7 billion

The 737 Max, which is a new-engine variant on the Next Generation 737, builds on these strengths, Boeing said, reducing fuel use and carbon dioxide emissions by 13%.

“United and Boeing share a rich history together and we are delighted United has chosen the 737 for its future fleet, renewing our partnership for decades to come,” said Ray Conner, chief executive of Boeing Commercial Airplanes.

Jeff Smisek, chief executive of United, said: “We look forward to offering our customers the modern features and reliability of new Boeing airplanes, while also making our fleet more fuel-efficient and environmentally friendly.”

United Continental, the parent company of United Airlines, said it would begin taking delivery of the 737 Max 9 planes in 2018.

Both planes feature a quieter cabin and brighter lighting, designed to give the impression of more space.

The four deals Airbus has announced so far this week, if completed, would total $16.9 billion for 115 aircraft.