Film studio Lionsgate announces that the final installment in bestselling book trilogy The Hunger Games will be split into two films.

According to Lionsgate, The Hunger Games: Mockingjay Part 1 will be released in November 2014, with Part 2 to follow 12 months later.

The film franchise is based on the teen science-fiction books by Suzanne Collins.

The first movie, starring Jennifer Lawrence, smashed box office records when it was released in March.

It has now taken $678 million worldwide and is currently the year’s second highest-grossing film in the US, behind The Avengers. 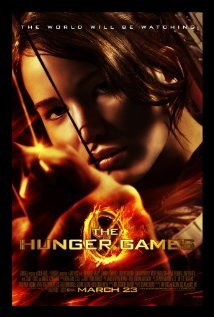 Jennifer Lawrence plays rebel heroine Katniss Everdeen, who is trained to fight to the death in televised competitions in a future US society called Panem.

The second installment. The Hunger Games: Catching Fire, is due in cinemas in November 2013 and will be directed by Francis Lawrence of I Am Legend fame.

Earlier this week it was revealed that Oscar-winner Philip Seymour Hoffman has signed up to play games master Plutarch Heavensbee in the sequel.

Filming is due to start in September, with Lawrence, Josh Hutcherson and Donald Sutherland all confirmed to reprise their original roles.

The Hunger Games: Mockingjay follows the example set by the Harry Potter and Twilight franchises.

In both cases, the final books in the teen literary franchises have generated two separate films.