The first world’s cats film festival will celebrate next month the internet phenomenon of sharing cute videos of viral felines .

The Internet Cat Video Film Festival is set to take place on August 30 in Minneapolis, in the US.

The event is described as a chance for people to come together and “LOL [laugh out loud] in the presence of others”.

Organizer Katie Czarniecki Hill said fans had until July 30 to nominate their favorite clips to be shown.

“I could not be more excited to literally bring this solo cat video viewing behavior out in the open,” Katie Czarniecki Hill wrote in a blog post announcing the event. 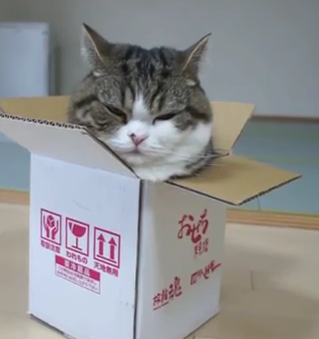 “Traditionally, we send these viral gems to one another via email or share them through various social media outlets.

Videos of cats online have come to symbolize the internet community’s fondness for amusing quick-hit entertainment.

Stand-out examples include Keyboard Cat, a clip originally recorded in 1984 showing a cat “playing” a tune on the keyboard.

It was uploaded to YouTube in 2007, and has since had over 25 million views.

Thousands of remixes and reversions of the clip have seen it immortalized further, with even a dedicated website following its use.

Aside from videos, cats also feature heavily in humorous images emailed and shared around the web.

I Can Haz Cheezburger is a blog dedicated to adding captions to pictures of cats, often adding human traits and emotions to the animals.

The site, which is said to receive more than a million hits every day, was sold in 2007 for a reported $2 million.

It has since evolved into the Cheezburger Network, a collection of other sites based on a similar format. Its owners raised $30 million in funding from investors last year.

“At some stage in the early internet it was just discovered that if you animate any kind of image of a kitten doing a dance then it was a universal language of joy,” said Ed Robinson, creative director at London-based agency The Viral Factory.

“It works across all cultures, all languages… and we are genetically tuned to have an emotional response to cute animals.”

While dogs have enjoyed considerable viral success – a “talking” dog was the most viewed YouTube clip in the UK last year – some say cats rule the internet.

“There are theories that dogs are making a resurgence,” added Rd Robinson.

“They’ve been busy chasing sticks – but the cats have been at the forefront of the cultural movement.

“The internet loves the idea that cats are in the know.

“They’ve got the answer, and they might just tell us some day.”