Lady Gaga stepped out in a tiger-print leotard to celebrate the Fourth of July in Melbourne during her Australian tour.

Lady Gaga, 26, was reasonably modest by her standards in that she teamed her leotard with black opaque tights, and carried a large black fur coat.

The singer was on her way to a private party with her entourage at Northcote Social Club in inner city Melbourne.

She obligingly stopped to pose for photos for fans on her way. 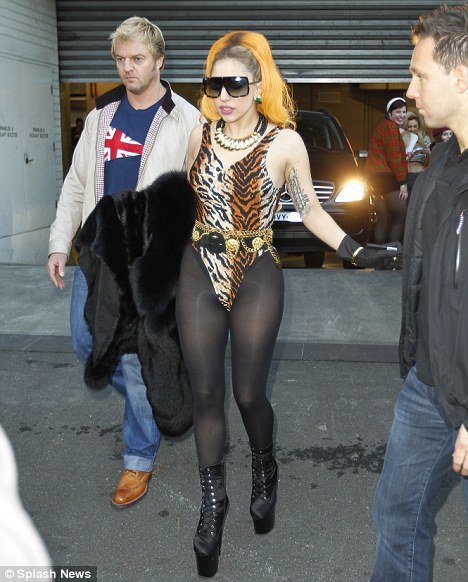 Lady Gaga appears to have been in a feline mood recently, and has been seen sporting the popular claw-like “stiletto nails”.

On a less controversial note, Lady Gaga has expressed her excitement for the forthcoming No Doubt record.

Lady Gaga gushed on her Twitterpage: “Is anyone else freaking out about No Doubt putting out a new album. I can’t wait!”