According to new reports, Vanessa Paradis is set to receive from her 14-year long partner Johnny Depp one of the biggest pay-off between a non-married couple.

Johnny Depp, 49, is said to be paying Vanessa Paradis $150million in a bid to keep the split as amicable as possible for the sake of their children.

Johnny Depp is reported to be worth at least $320million and has an extensive property portfolio.

The couple has a mansion and apartment in Los Angeles and owns the island of Little Hall’s Pond Cay in the Bahamas.

In Europe, the couple’s main home is in Plan-de-la-Tour in southern France, as well as a house in Paris, a canalside palazzo in Venice and Johnny Depp is said to have been the mystery buyer of a house in the Norfolk village of Burnham Market.

Although the pair and their children Lily-Rose, 13, and Jack, nine, were based in their Hollywood home in recent years, Vanessa Paradis, 39, was spotted house-hunting in Beverly Hills a few weeks ago. 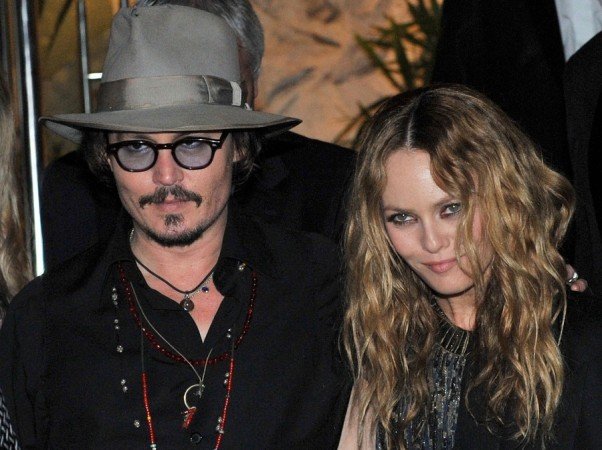 Johnny Depp and Vanessa Paradis only confirmed their split on Tuesday following months of speculation, but it is believed they had been living separate lives for months.

Last month, Vanessa Paradis visited a number of properties with price tags of between $7 million and $11 million.

She appeared glum as she looked around the properties on May 23 and there was no mistaking the strain of the relationship breakdown has taken its toll.

The French star was seen looking at a number of properties in Malibu and Beverly Hills including a seven bedroom home which is listed at $7,995,000.

The home boasts 7,580 square feet, eight separate bathrooms, media and game rooms, a wet and a dry saunas, a pool and spa.

Vanessa Paradis was also seen looking at a six bedroom home which cost a cool $10,995,000.

The master bedroom offers two separate baths, two terraces and a study and the property also has a separate guest house.

Two weeks ago, Johnny Depp was seen cutting a lonely figure as he hopped onto a jet on his way to New Mexico.

As late as last month Johnny Depp had denied there was any rift between himself and Vanessa Paradis, despite reports stating that they were living separate lives dating back to January.