Home Business Apple ordered to pay damages to Samsung Electronics by a court in...

Giant tech company Apple has been ordered to pay damages to rival Samsung Electronics by a court in the Netherlands.

The court said that Apple had infringed a patent held by Samsung relating to the way phones and tablet PCs connect to the internet.

Apple, which recently became the world’s most valuable firm, has been facing various legal issues.

In a separate case, it was fined $2.3 million in Australia for its claims on 4G capabilities of the iPad.

And it is still not clear how much it may have to pay to Samsung in damages.

The Dutch court did not specify any amount, but the damages will be calculated based on sales of Apple’s iPhone and iPad in the Netherlands.

“In accordance with the ruling, we will seek adequate compensation for the damages Apple and its products have caused.” 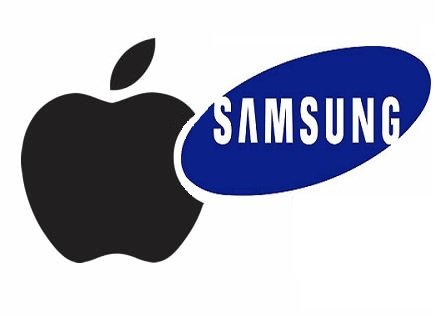 Samsung had claimed that Apple had infringed four of its patents. However, the Dutch court said that only one of those had been breached.

Apple and Samsung are two of the biggest manufacturers of smartphones and tablet PCs in the world.

However, the two firms have been involved in dozens of patent cases and disputes relating to designs of their respective products.

Analysts said that with so many cases being fought by the two firms in different countries, neither of the parties may emerge as the overall winner.

Last month, a judge in the US ordered the chief executives of both the firms to meet to try to settle their legal differences.

But the talks did not lead to any agreement and Apple has since sought a ban on sales of one of Samsung’s tablet computers and the latest range of its Galaxy smartphones.

Apple had enjoyed an early lead in the smartphone and tablet PC market with the launch of its iPhone and iPad devices.

However, Samsung has been steadily increasing its market share in the sector with the introduction of new gadgets.

Analysts said that given the increased competition, the two firms had been using the legal battles as a way to stop each other from increasing their market shares.

“Given that they are number one and two in the market right now, they are going to use any possible tool to slow down each other and patents could be one of those tools,” said Melissa Chau of IDC Asia Pacific.

However, she said that given the amount of time, money and energy that the two firms have spent on fighting these cases, they were likely to find a solution in the long run.

“In the past, when we look at how these things have evolved, they get settled in due course of time and businesses move on.”

There was more bad news for Apple.

A court in Australia has ruled that the firm had misled consumers with its claims over the capability of the latest version of the iPad to connect to Australia’s fourth generation (4G) cellular networks.

The court said that Apple had broken the country’s consumer laws by implying that the newest version of the iPad could connect with the networks, when it could not.

“The conduct concerned was deliberate and very serious,” Justice Mordy Bromberg was quoted as saying by the AFP news agency.

“It exposed a significant proportion of Australian consumers of tablet devices to a misleading representation.”