Whitney Houston hid her drug habit from her friends and family in the weeks before her tragic death, claims her pal and entertainment consultant Raffles van Exel.

Whitney Houston – who had a history of substance abuse – was found dead in the bath tub of her hotel room in February after suffering a huge heart attack partly brought on by her cocaine abuse but those close to her thought she had been clean for two years.

Raffles van Exel said: “Whitney was good at hiding her drug habit. I honestly thought she was clean in the two years before she died. Yes, she would have the occasional drink. And I knew she was taking painkillers and the anxiety drug Xanax. But I never suspected she was using hard drugs.

“It really shocked me when I found that out. And actually it made me quite mad because I thought, <<Whitney, you had us all fooled>>. Everyone thought Whitney was in a good place and we never imagined anything like this was going to happen.” 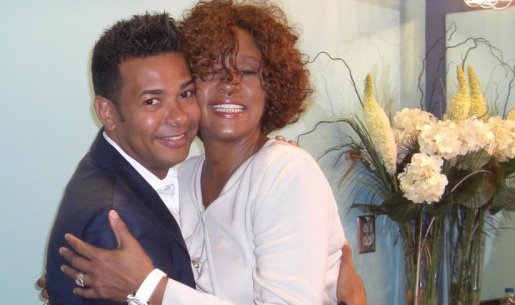 Whitney Houston hid her drug habit from her friends and family in the weeks before her tragic death, claims Raffles van Exel

However, Raffles van Exel said Whitney Houston – who had been using cocaine at the time of death – had a premonition she was going to die.

He told the Sunday Mirror newspaper: “But looking back, Whitney seemed to have a premonition about her death. She started carrying a Bible around everywhere she went and would read from it all the time.