Home World Europe News Karen Marley: confessions of a serial mistress who has had affairs with...

Karen Marley, a divorced woman and a self-confessed serial mistress from UK, has had affairs with 50 married men over the past six years – and has no plans to change her habit.

“Married men are better trained,” she said in an interview with the Mirror.

“They have had all their rough edges sanded off by their wives and know how to behave around a lady. And married men are better in bed.”

Karen Marley says she has learned that a man who is still single into his 40s is single for a reason: either he has no social etiquette whatsoever or he’s a player, just looking for his next wrestle.

“A single guy I was on a date with licked his plate in a restaurant,” Karen Marley, 45, says.

“A married man would never do that because his wife would knock his head off his shoulders.”

Karen Marley is one of a growing number of women signing up to IllicitEncounters.com, a dating site for married people.

Women can join for free but men are charged £134 ($215) a month to find a mistress having consciously made a decision to have an affair. 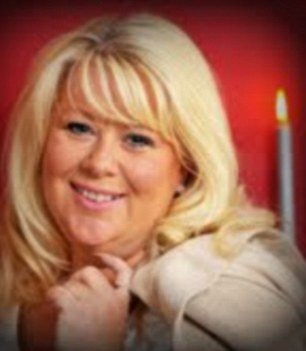 Karen Marley, a divorced woman and a self-confessed serial mistress from UK, has had affairs with 50 married men over the past six years -

Karen Marley justifies her behavior by saying she doesn’t want to steal the husbands away from their wives – she simply wants to “borrow” them.

“Their wives should be grateful when it’s me their husbands choose,” she says.

“I’m the perfect mistress. I am never going to ask them to leave their wives for me. Most mistresses do, but not me. If I asked him to leave his wife, in every argument from then on he would say: <<Do you know what I gave up for you?>> I don’t ever want to be part of that.

“In fact, when one of my men confessed about me to his wife and told me his marriage was over, I finished our affair. I was horrified. I don’t want to steal someone’s else husband for good, just borrow him for a while.

“I know how to behave as a mistress – and I don’t just mean in bed. I would never ring one of my married men at home at 2am or the weekend because that’s their time with their family.

“I would never throw a hissy fit if they don’t spend Valentine’s, Easter or Christmas with me. We both know exactly what the goalposts are. That’s the beauty of it all.”

Karen Marley has been confronted by a couple of angry wives who suspected she was sleeping with their husbands.

She insisted that she was merely friends with the men and stopped seeing them immediately. She feels no guilt about her behaviou because she says the men on the site have already made a conscious decision to have an affair before meeting her.

“I am not the reason for their marital problems,” she says.

“Also it costs so much to join, so you get a certain quality of man.”

Indeed, despite the current economic slump in the UK, Illicit Encounters have reported that business is booming – with the number of new members up by 27,000 in the last two months.

Experts say that that cheating websites are popular because many unhappily married couples simply cannot afford to get divorced in the current economic climate.

Many new Illicit Encounters members stated on their application forms that they were joining because they were in unhappy marriages that they were unable to get out of in what is now a “double-dip” recession.

Illicit Encounters spokesperson Rosie Freeman-Jones said: “Many couples are now finding themselves trapped in unhappy marriages because they simply cannot afford to divorce.

“It’s not just legal fees. It’s the fact they can’t sell their houses since the market is so stagnant. Worse, some are in a position of negative equity. A surprisingly high number of people who have recently joined have said that they count their marriages as over already and would have already got a divorce by now if they could only afford it. Having an affair is treated almost as a practical, rather than a romantic, decision.”

Mistresses like Karen Marley are reaping the benefit from this boom in cheating. Karen Marley insists it is not money she is after. She makes her own living as a writer, and most of her relationships with men on Illicit Encounters are nothing more than short flings.

She says: “When husbands are on loan to me they almost revert back to being in their 20s because that’s often the last time they dated. We go to the theatre and do all the things married couple no longer do because they’ve already done it.

“I get the good bits of married men. During our time together, it’s the wife who is the other woman.”

Karen Marley divorced her husband 11 years ago, but says she is happier flitting from one man to the next rather than finding Mr. Right.

“I know married life isn’t for me. But I know that married men have the qualities I am looking for.”