Home World U.S. News Sheena Monnin threatened by Donald Trump with a lawsuit after she said...

Miss Pennsylvania Sheena Monnin has said she stands by her accusations that the Miss USA 2012 competition was rigged and will take on Donald Trump if he sues her, as he has claimed.

Earlier this week, Sheena Monnin resigned from her position claiming one of her fellow contestants – later revealed as Miss Florida – had seen a list of the top five girls before the show had even begun.

Sheena Monnin branded the competition “fraudulent”, “trashy” and “lacking in morals”, which led Donald Trump, the co-owner of Miss Universe Organization, to threaten her with a lawsuit.

But speaking to the Today show, Sheena Monnin said she is standing by her claims and knows Miss Florida was serious as she has had “years of psychological training”. 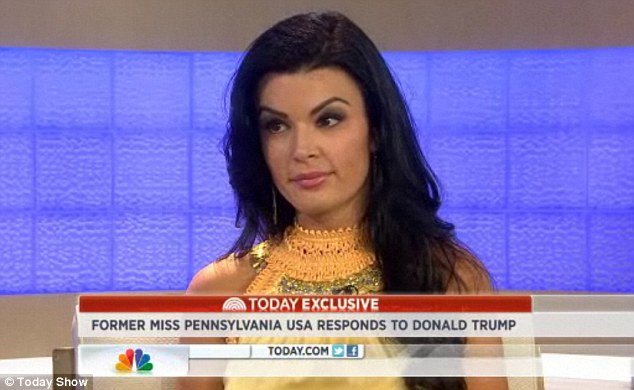 “I feel disappointed that [Trump] has made some of the statements that he said about me, and I feel prepared to continue to pursue the truth,” Sheena Monnin said on the Today show.

Florida’s Karina Brez has since said mentioning the list was “a throwaway comment” that was “never meant as fact”, but Sheena Monnin rubbished this defense.

“There’s no doubt in my mind that the contestant was serious when she laid out what she said she saw, and I believe her to be true,” Sheena Monnin, who hold a master’s degree in psychology, said.

“She looked a little bit scared because she had just seen something that would potentially, drastically change the reputation of the Miss Universe Organization. This is a big deal.”

Donald Trump said on Wednesday that her claims were a case of sour grapes, adding: “I did see her for about a second. I never felt that she had a chance, and all this is buyer’s remorse.”

He added that an investigation into Sheena Monnin’s “disgraceful” claims has been carried out, and there is no evidence that there was a list of the five top girls before the show.

In her Facebook posts, Sheena Monnin, who had not placed in the top 16, had claimed Miss Florida went on to name all five women correctly before they were announced on the show.