Mary Kennedy, the estranged wife of Robert F. Kennedy Jr., has been found dead at her home in New York state.

No cause of death had been released, but US media reported Mary Kennedy, 52, had been discovered hanged in a barn behind the family’s lavish home yesterday.

In a statement, Mary Kennedy’s family said her “radiant and creative spirit” would be sorely missed.

His marriage to the former Mary Richardson in 1994, in a ceremony aboard a boat on the Hudson river, was his second. 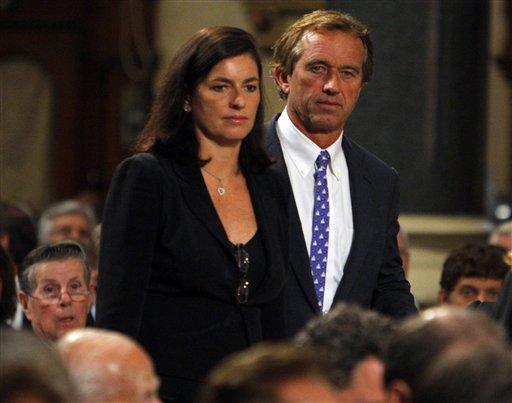 Mary Kennedy, the estranged wife of Robert F. Kennedy Jr., has been found dead at her home in New York state

The couple had four children over the 16 years of their marriage before he filed for divorce in 2010.

Mary Kennedy, an architect, had brushes with the law over drug and alcohol abuse, and was arrested twice for driving under the influence at about the time they separated.

“We deeply regret the death of our beloved sister Mary, whose radiant and creative spirit will be sorely missed by those who loved her,” the family said in a statement issued by lawyer Kerry Lawrence, who had represented Mary Kennedy in a drink-driving case.

“Our heart goes out to her children who she loved without reservation.”

A neighbor, Leslie Lampert, told the Associated Press news agency that Mary Kennedy was “community oriented” and “a lovely individual”.

“She was always kind in our presence.”

Police confirmed a body had been found on the Kennedys’ property in Bedford, north of New York City, but would not release the name.

The incident was under investigation by the Bedford Police Department with assistance from the Westchester County Medical Examiner’s Office. An autopsy is scheduled for Thursday.

US broadcaster ABC News cited a family member and other sources as saying Mary Kennedy appeared to have hanged herself.