British researchers at the Cancer Research UK say aggressive pancreatic tumors may be treatable with a new class of drugs.

Less than one in five people with this form of cancer are still alive a year after being diagnosed.

A study, published in the journal Nature, showed that a gene was being switched off in the cancerous cells.

The researchers said drugs were already being tested which had the potential to turn the gene back on, to stop the spread of the cancer.

Around 7,800 people in the UK are diagnosed with pancreatic cancer every year and it is the fifth most deadly cancer. 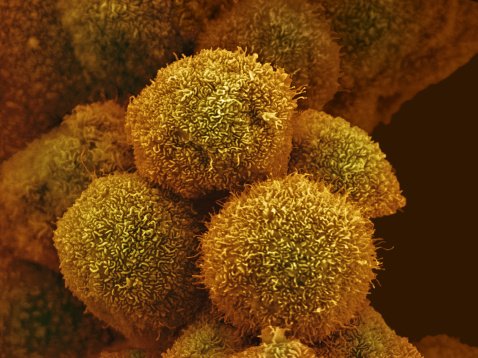 Studies in mice showed that a gene called USP9x, which normally stops a cell from dividing uncontrollably, is switched off in some pancreatic cancer cells.

The gene is not mutated, but other proteins and chemicals become stuck to it and turn the gene off.

Studies then showed that UPS9x was being turned off in human pancreatic cancer.

Prof. David Tuveson, from the Cancer Research UK Cambridge Research Institute, said: “We suspected that the fault wasn’t in the genetic code at all, but in the chemical tags on the surface of the DNA that switch genes on and off, and by running more lab tests we were able to confirm this.

“Drugs which strip away these tags are already showing promise in lung cancer and this study suggests they could also be effective.”

Dr. David Adams, from the Wellcome Trust Sanger Institute, said: “This study strengthens our emerging understanding that we must also look into the biology of cells to identify all the genes that play a role in cancer.”

They argue that up to 15% of pancreatic cancers could be down the turning this one gene off.