Mila Kunis has denied that she is dating Ashton Kutcher, but she has been spending a considerable amount of time with the actor – in fact the pair spent some alone time last weekend.

Mila Kunis and Ashton Kutcher enjoyed a three-day getaway to the coastal town of Carpinteria, which sits just south of Santa Barbara.

During their weekend away the pair was seen popping out to pick up sunflowers and fruit.

Mila Kunis was dressed down in a pair of tight sweat pants and a long-sleeved T-shirt while Ashton Kutcher donned a check shirt over a white T-shirt.

According to People magazine, Mila Kunis and Ashton Kutcher enjoyed an intimate sushi lunch but spent plenty of time hidden away together.

The pair returned to Los Angeles on Saturday and later that evening. 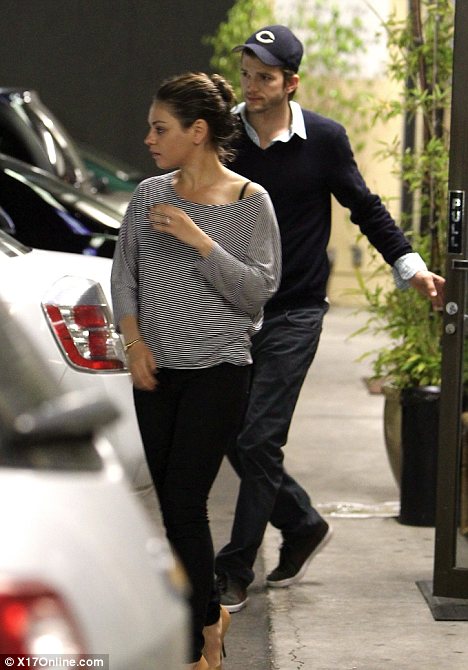 A source told People magazine: “He was so in love with her for a while when they worked together. He thought she was a goddess, was always talking about how beautiful she is.

“But she was with Macaulay [Culkin] for a lot of that time and also just generally gave off a not interested vibe.”

Last week the pair were spotting heading out together and were also said to be shopping for furniture.

While Mila Kunis and Ashton Kutcher are both currently single – they have yet to confirm they are dating, in fact she has denied the claims.

Mila Kunis has been dating Home Alone actor Macaulay Culkin for the past eight years; they split in January.

Meanwhile, Demi Moore announced that she had ended her six-year marriage to Ashton Kutcher last November after he was reportedly caught cheating.

Ashton Kutcher has been linked to pop star Rihanna as well as screenwriter Lorene Scafaria since splitting from Demi Moore.

Ironically, Mila Kunis and Ashton Kutcher both starred in 2011 blockbusters about friends that become lovers.

Ashton Kutcher appeared in the romantic comedy No Strings Attached while she starred in the similar feature Friends With Benefits.

However, a source has since told Us Weekly that Mila Kunis and Ashton Kutcher are just friends.

“No! They’re so not dating,” a friend of Mila Kunis told the website, adding that they recently reunited to film a That ’70s Show reunion episode.

“They’ve been friends for years. But she would never ever,” the source said.