Knowing that would be photographers waiting for her at LAX airport yesterday, Kim Kardashian chose to wear Kanye West’s initials in her ear with her hair swept up.

Limelight loving Kanye West is presumably happy with this, despite him possessing an actual.

One night before Kanye West took his new girlfriend Kim Kardashian to one of New York City’s hottest restaurants. 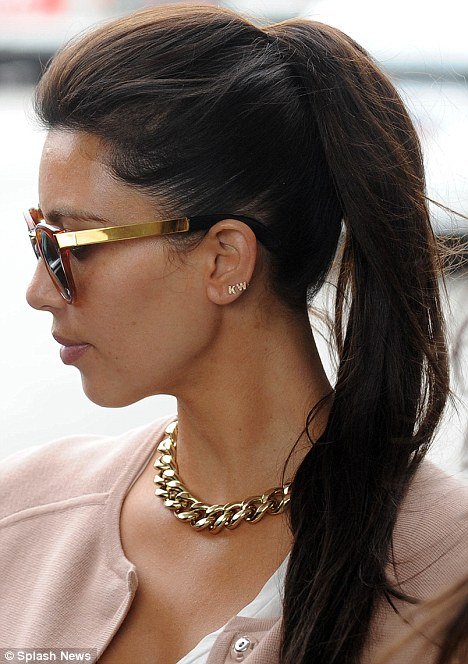 The lovebirds caused a major stir last night as they emerged from Spice Market, a trendy Asian Fusion spot in the city’s Meatpacking District.

The couple, now known as Kimye to their fans, was spotted arriving at the restaurant and later leaving with several members of the Kardashian clan.