Home Entertainment Jessica Simpson is still pregnant, but she is due to give birth...

Jessica Simpson is due to give birth any day now, but she wants to world to know she is still very much pregnant.

Jessica Simpson, 31, took to Twitter this morning to end speculation that she has secretly given birth.

She tweeted: “To everyone who keeps congratulating me on the birth of my baby girl…I’m still pregnant!! Don’t believe what you read ladies and gents.”

Jessica Simpson was referring to a series of rumors claiming she’s already delivered her first child.

The April 30th issue of In Touch Weekly trumpets the headline “Inside Jessica’s Dramatic Delivery”.

The story inside goes on to say: “As a first-time mother, Jessica Simpson couldn’t be more thrilled to finally welcome her baby girl, Maxwell.”

It even adds the juicy details: “She ultimately chose to schedule a C-section,” although Jessica Simpson hasn’t yet given birth. 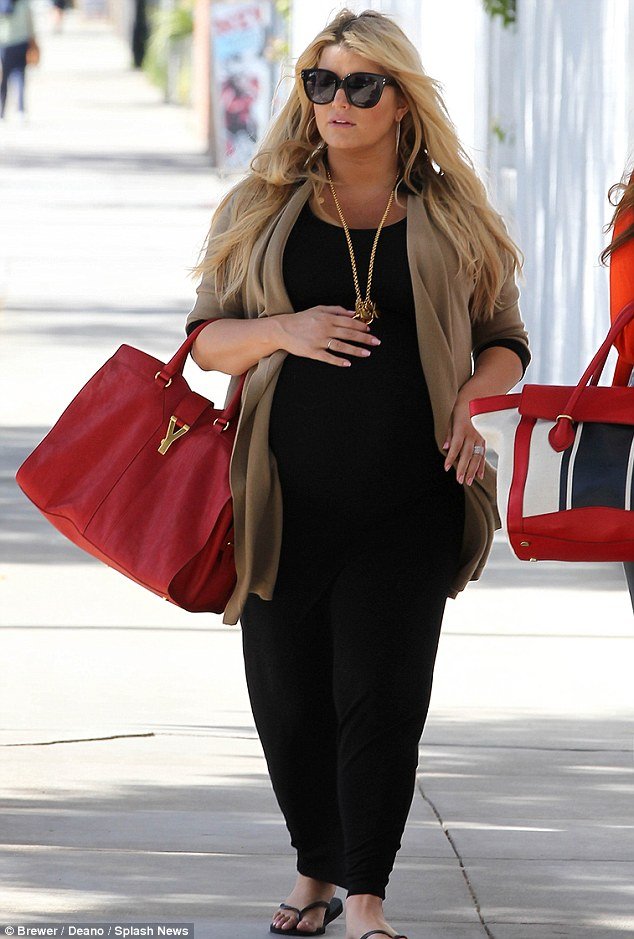 Jessica Simpson is due to give birth any day now, but she wants to world to know she is still very much pregnant

Jessica Simpson and her very large bump are frequently spotted out and about with fiancé Eric Johnson.

She has been upfront about her pregnancy and the cravings it’s brought about, revealing in a series of interviews that she is indulging in her favorite childhood foods.

Unlike some expectant mothers, Jessica Simpson says she is not concerned about watching what she eats and is happily “give into my cravings”.

She is said to have put a grand baby weight loss plan in place after giving birth and is rumored to be the next face of Weight Watchers for the post-baby slim down plan.

And the reality TV star, who will no doubt be feeling the pressure to shed the pregnancy pounds, has also decided her “thinspiration” is actress Jessica Alba.