Unveiled this week at the NAB 2012, Blackmagic Cinema Camera is one of the five winners of the inaugural IABM Game-Changer Awards.

The International Association of Broadcasting Manufacturers (IABM) has established five awards to reward five products considered to have the greatest potential to revolutionize the industry. A group of experts from across the world, none of them IABM member, has reviewed products and solutions during the first two days of the NAB 2012 and has chosen the winners. NAB 2012 (National Association of Broadcasters convention) has taken place from April 14 to April 19, 2012 in Las Vegas.

This is the first year when the awards are granted and the winners are: Blackmagic Design – Cinema Camera, CAST Group – BlackTrax 6D, Dolby Laboratories – 3D, Quantel – revolutionQ, and Sony – HDC-2500.

“Once again, the 2012 NAB Show has proved to be a critical event for the launch of innovative broadcast products and solutions. Our judging panel had an exciting field from which to select winners for the IABM Game-Changer Awards, and we are confident that the products and companies we’ve honored today will be among those that fuel the continued success of our industry,” said Peter White, IABM General Director.

“This is one of the most exciting products we have ever created and its been a work in progress for a very long time. Ever since I was a telecine engineer back in the 1990′s I have wished that video cameras would include features that allowed them to perform creatively similar to film. However current digital cameras are too heavy, way too expensive and need costly accessories to work. We felt there was a need for a camera that delivered these features in a design that’s optimized for professional video shoots, as well as being a compact, elegant design that’s easily affordable. We think we have achieved that!” said Grant Petty, CEO, Blackmagic Design. 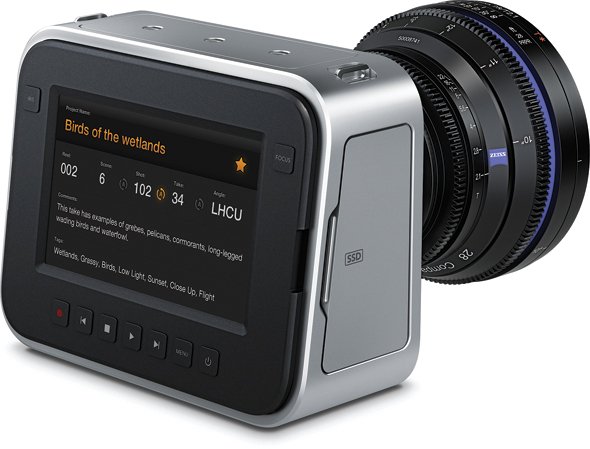 Blackmagic Cinema Camera will be available from July 2012 for US$2,995 from Blackmagic Design resellers worldwide.