It posted a brief introduction to Project Glass, photos and a concept video at its Google+ social network.

The images show a minimalist design with a microphone and partly-transparent video screen that places information over the view from the users’ right eye.

The product’s developers said they wanted feedback on the idea.

They did not give any indication about when the device might go on sale or what it would cost.

“A group of us… started Project Glass to build this kind of technology, one that helps you explore and share your world, putting you back in the moment,” said a statement from Google X – the firm’s experimental lab.

“We’re sharing this information now because we want to start a conversation and learn from your valuable input.” 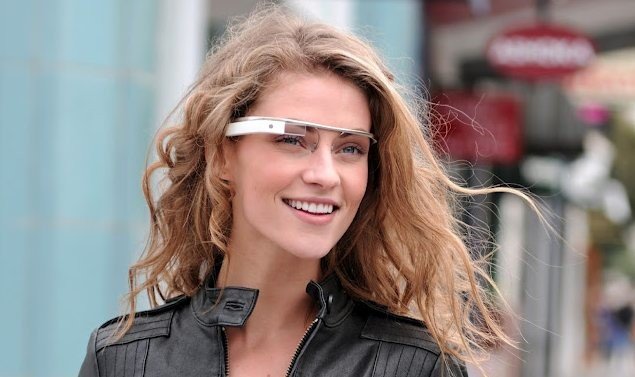 The video suggests icons offering 14 different services will be offered to the user when the glasses are first put on, including information about the weather, their location and diary appointments.

It appears that several of these services are either triggered by an action taken by the user or the situation they are in.

The film shows one user being reminded he has a date that evening when he looks up at a blank wall, and then warns him that there is a 10% chance it will rain when he looks out of the window.

An alert pops up when a friend sends a text asking if he wants to meet up later in the day. When the user dictates a reply a microphone symbol is superimposed over much of his view.

Other functions include Google Maps showing a route to the wearer’s destination with small arrows keeping him on track, the ability to take a photo of what he is looking at with an option to share it with friends, and a video conference service.

The glasses are also shown to allow music and other audio to be heard, although they do not appear to include earphones.

There had been lots of speculation about the project with some reports describing it as an “open secret”, but this is the first time Google has confirmed details of what it was working on.

The New York Times had previously suggested that the first set of glasses would go on sale before the end of the year for somewhere between $250-$600 – but experts say that the technology shown in the video may still be some way off being ready for market.

Chris Green, principal technology analyst at Davies Murphy Group Europe, said other tech firms such as Brother had attempted to pioneer the concept – but became unstuck because their versions had required users to carry separate processing and battery equipment that plugged into their glasses.

“There are huge opportunities for tailored advertising with augmented reality systems – especially if they have in-built GPS location tracking,” he said.

“The monetization opportunities would be enormous – but there are still big issues involved with shrinking the technology and making the computer that receives and processes the data truly portable.”

Google may have competition if it works out how to shrink the electronics involved.

In 2008, Apple patented a laser-based “head mounted display system” that it suggested could stream video from its iPod among other features.

They were described as being suitable for “gaming and beyond”.

Google has previously revealed details of futuristic concepts years before they are ready for market.

The firm announced in 2010 that it had tested a self-driving car on the streets of California – but has not said when it might start selling such vehicles.