Home Health Why black women are more at risk from cervical cancer virus?

New research might help explain why black women are much more likely than whites to develop and die from cervical cancer: they seem to have more trouble clearing HPV, the virus that causes the disease.

Doctors have long thought that less access to screening and follow-up health care were the reasons black women are 40% more likely to develop cervical cancer and twice as likely to die from it.

The new study involving young college women suggests there might be a biological explanation for the racial disparity, too.

The vaccine is recommended for all girls starting at age 11.

The study was presented Sunday at an American Association for Cancer Research conference in Chicago.

Certain strains of HPV, the human papillomavirus, cause cervical cancer, but brief infections are very common in young women. They usually go away on their own within a year or so and only pose a cancer risk when they last long-term.

Researchers at the University of South Carolina in Columbia studied 326 white and 113 black students taking part in a wider federal health study.

All were given Pap tests – lab exams of cells scraped from the cervix – and HPV tests every six months throughout their years in school.

Although the groups were similar in how many new HPV infections were detected and risk factors such as how many sex partners they had, doctors saw striking differences in how long their infections lasted. 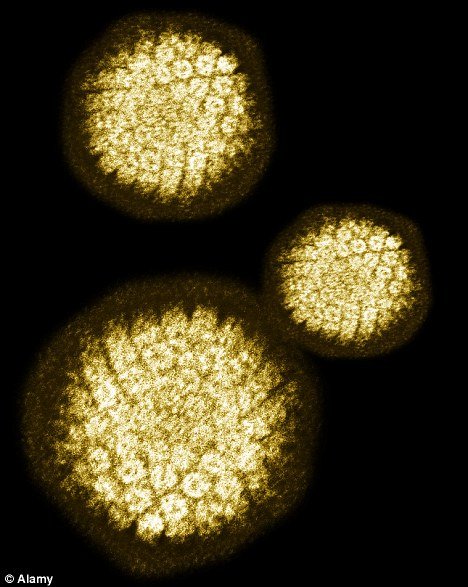 At any check-up, blacks were 1.5 times more likely to test positive for infection with one of the HPV strains that raise cancer risk, said study leader Kim Creek.

“The African-American women weren’t clearing the virus as fast. They were actually holding onto it about six months longer,” for 18 months versus 12 months for whites, Kim Creek said.

10% of blacks had abnormal Pap tests versus 6% of whites.

Two years after initial infections were found, 56% of black women were still infected but only 24% of whites remained infected.

The government’s National Institute on Minority Health and Health Disparities sponsored the study. Kim Creek is a paid speaker for Merck & Co., one of the makers of HPV vaccines.

Cervical cancer has declined dramatically in the United States because of Pap tests, which are recommended every three years for women 21 to 65.

Starting at age 30, women can also have an HPV test every five years; they’re not recommended before then because brief infections are so common, they would give too many false alarms.

About 12,000 new cases and 4,200 deaths from cervical cancer occur each year in the United States, mostly in women who have never been screened or not in the past five years.

Doctors don’t know how the vaccine will affect HPV test results or how long the vaccine lasts, so women should still be screened for cervical cancer if they are within the recommended screening ages.