Six Chinese bloggers have been arrested and police shut 16 websites after rumors were spread that military vehicles were on the streets of Beijing, officials say.

The web posts were picked up by media outlets around the world, and some critics of Beijing suggested a coup might be taking place.

The State Internet Information Office (SIIO) said the rumors had a “very bad influence on the public”.

The two sites, Sina Weibo and Tencent Weibo, are still letting people post to their own sites. But they said commenting on other people’s posts would be disabled between 31 March and 3 April, so they “could act to stop the spread of rumors”. 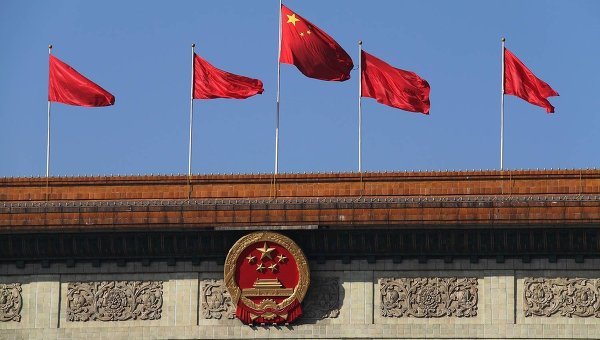 A spokesman for the SIIO told state news agency Xinhua earlier that the two websites had been “criticized and punished accordingly”.

He added that that a number of other people had been “admonished or educated”.

China’s top leaders are grappling with the biggest political crisis they have faced for years.

China will begin a once-in-a-decade leadership change later this year. But one of the main contenders for promotion – Bo Xilai – has just been sacked, suggesting a fierce fight behind the scenes for control of the ruling Communist Party.

Bo Xilai was removed from his post amid allegations that his police chief and former ally had tried to seek asylum at a US consulate.

The People’s Daily, the party’s main newspaper, said in a commentary: “Internet rumors and lies packaged as <<facts>> will turn conjecture into <<reality>>, stir up trouble online and disturb people’s minds.

While there is no evidence to substantiate the rumors of a coup, the party is clearly upset.