Scientists claim that spacecrafts could one day navigate through the cosmos using a particular type of dead star as a kind of GPS.

German scientists are developing a technique that allows for very precise positioning anywhere in space by picking up X-ray signals from pulsars.

These dense, burnt-out stars rotate rapidly, sweeping their emission across the cosmos at rates that are so stable they rival atomic clock performance.

This timing property is perfect for interstellar navigation, says the team.

If a spacecraft carried the means to detect the pulses, it could compare their arrival times with those predicted at a reference location. This would enable the craft to determine its position to an accuracy of just five kilometres anywhere in the galaxy.

“The principle is so simple that it will definitely have applications,” said Prof. Werner Becker from the Max-Planck Institute for Extraterrestrial Physics in Garching.

“These pulsars are everywhere in the Universe and their flashing is so predictable that it makes such an approach really straightforward,” said Prof. Werner Becker. 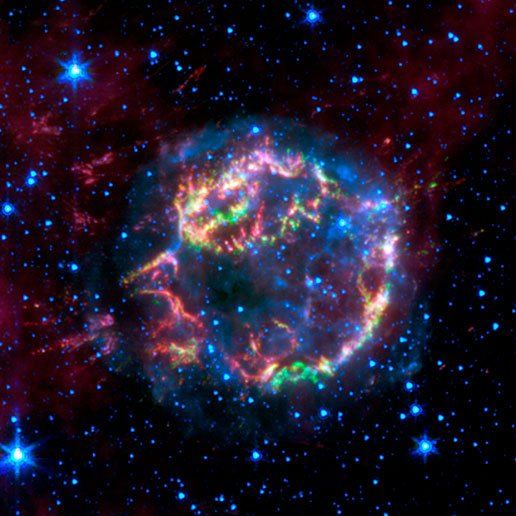 Prof. Werner Becker has been describing his team’s research here at the UK National Astronomy Meeting in Manchester.

The proposed technique is very similar to that employed in the popular Global Positioning System, which broadcasts timing signals to the user from a constellation of satellites in orbit.

But GPS only works on, or just above, the Earth so it has no use beyond our planet.

Currently, mission controllers wanting to work out the position of their spacecraft deep in the Solar System will study the differences in time radio communications take to travel to and from the satellite. It is a complex process and requires several antennas dotted across the Earth.

It is also a technique that is far from precise, and the errors increase the further away the probe moves.

For the most distant spacecraft still in operation – NASA’s Voyager satellites, which are now approaching the very edge of the Solar System, some 18 billion km away – the errors associated with their positions are on the order of several hundred kilometers.

Even for a probe at the reasonably short separation of Mars, the positioning uncertainty can be about 10 km.

It is unlikely though that navigation by pulsar beacon will find immediate use.

The telescope hardware for detecting X-rays in space has traditionally been bulky and heavy.

Engineers will need to miniaturize the technology to make a practical pulsar navigation unit.

“These are on the way for the next generation of X-ray telescopes. Current mirrors have a 100 times more weight and would be completely unusable.

“In 15-20 years, the new mirrors will be standard and our device will be ready to be built.”

The scientist believes his navigation solution will certainly find use on Solar System probes, providing autonomous navigation for interplanetary missions and perhaps for future manned ventures to Mars where high performance systems will be an absolute requirement for safety reasons.

But he also likes the idea of humanity one day pushing out across interstellar space.

“You know for GPS that if you go to another country, you have to buy the maps for your device. Well, we were joking with our students in Garching about selling maps for different galaxies for ships like Enterprise [on Star Trek].”