Kris Humphries has filed legal documents asking Kim Kardashian to disclose how much cash they made during their 72 days of marriage, say new reports.

Kim Kardashian and Kris Humphries’ fairytale wedding was reported to have made them a whopping $18 million dollars, although this has been since denied.

Celebrities website TMZ wrote: “Kris is challenging Kim’s right to give away money that represents what they made in wedding gifts.”

Kris Humphries’ lawyer is also asking the court to reinforce that Kim Kardashian has a duty to reveal to him a “full accounting of the assets and liabilities accumulated during the marriage”, reports TMZ.

Kris Humphries, a 26-year-old basketball player, is reported to be seeking an annulment to the short-lived marriage rather than a divorce. 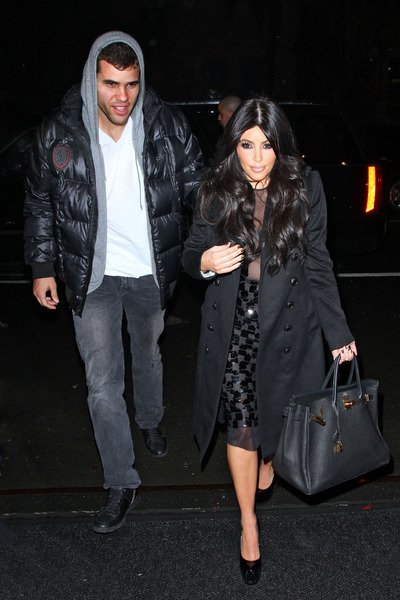 Kim Kardashian, 31, meanwhile, is eager to move on with her life: “I’m so ready for this to be over,” she told Us Weekly recently, revealing she has been throwing herself into her workout regime.

“I’m on a mission, I figure, I’m single. Now is the best time to get in shape,” Kim Kardashian said.

She recently defended the decision to end her marriage to talk show host Jay Leno, on a recent appearance on his show.

Kim Kardashian said: “I’m a girl who really believes in love, I’m in love with love and I thought this was it for me. But when I realized it wasn’t I thought… I’ve always tried to really respectful of everyone involved.

“I’ve heard stories of people who were married for 10 years and they knew it wasn’t right, but they wanted to stick it out and had kids.

“I want that forever, I believed in love, I still do. But to be fair to everyone, I knew I had to end it and I’m okay with that decision.”

Kim Kardashian also told Us Weekly that she works out twice a day and does strength training or Pilates at night with her brother Rob.

The reality star will need her strength too, as apparently Kris Humphries has told his lawyer not to talk about settlements with Kim Kardashian’s legal team.

A source told Radar Online: “Kris is furious about reports that he is making Kim’s life hell. It’s absolutely ridiculous, and he is telling his friends that he won’t be bullied by her anymore.”

Kris Humphries has told his lawyer to no longer attempt to reach a settlement with Kim Kardashian. “It’s a waste of time and he is ready to take this to trial, and he will.”

Kim Kardashian also managed to make the headlines last week when she was flour bombed by a PETA supporter.