Dolly Parton explained how Whitney Houston, despite having a spiritual upbringing like hers, didn’t “make sure she was surrounded by the right people, and the right things”.

“I’ve always had good and close friends, and a spiritual faith. God will take the wrong people and things out, and teach me to have the right people and the right things,” the singing legend said.

“Some people don’t have that, and that’s where it can go wrong,” Dolly Parton said during an interview about the British premiere of her musical 9 to 5.

The show is based on the 1980 film Nine To Five, about an abusive male boss (played by Dabney Coleman), and Dolly Parton starred in it with Jane Fonda and Lily Tomlin. 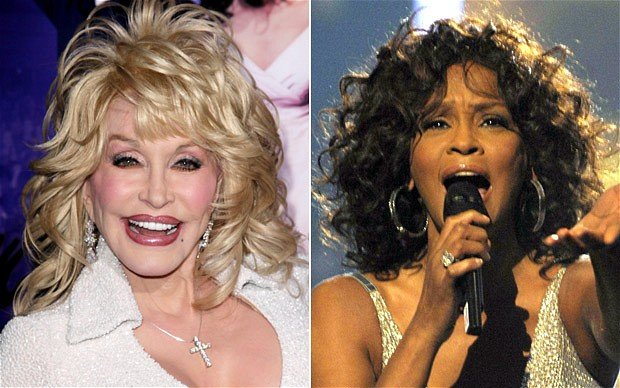 Dolly Parton got to know Whitney Houston, who died last month, when the late singer covered Dolly’s composition I Will Always Love You for the soundtrack of Whitney’s movie The Bodyguard.

”I thank God every day for that song – and Whitney made it popular worldwide,” Dolly Parton said.

“It’s a very simple song, really, as simple as anything I’ve ever written.”

Dolly Parton takes her songwriting seriously and is pleased that “a few good numbers” she has written have stood the test of time.

The musical ran on Broadway a couple of years ago and Dolly Parton’s score was the thing that stood out.

It was revamped on its U.S. tour by director Jeff Calhoun, who is hot at the moment thanks to the success of his new show, Newsies. It opened on Broadway last night, and already some folks are calling it the best musical of the season.

Jeff Calhoun will direct the UK version of 9 to 5, which will run at the Manchester Opera House from October 12 and then go on an extensive tour.