A disturbing video of the Toulouse shootings was sent to Al-Jazeera office in Paris, but the Arabic TV network has said it will not air the footage.

The video appeared to have been recorded during Mohamed Merah’s deadly attacks on soldiers and a Jewish school earlier this month.

The station’s decision not to broadcast the video, which was sent on a USB memory stick along with a letter, came after French president Nicolas Sarkozy and family of the victims had asked for it not to be shown.

The video has been edited into a “montage” accompanied by an Islamic war songs, and was sent in a package post-dated March 21 – the day before 23-year-old Mohamed Merah was killed by French special forces in his home city.

Investigators have already confirmed that Mohamed Merah had a small video camera strapped to his chest when he murdered a Rabbi and his two children, as well as a teenage pupil, at a Jewish school in Toulouse a week ago.

The week before, the self-confessed “Jihad warrior” also filmed his murders of three French soldiers who had fought in Afghanistan. 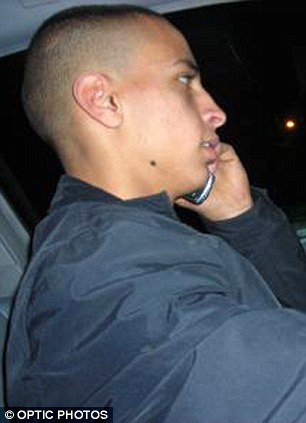 Both Al-Jazeera and Le Parisien newspaper confirmed that the video footage had been seen in Paris.

An unnamed source in Le Parisien, Paris’s daily newspaper, said: “Investigators are trying to find out whether the letter was posted Tuesday night by Mohamed Merah himself or by an accomplice on Wednesday morning.”

The existence of an accomplice would end theories that Mohamed Merah was a “lone wolf” assassin who acted out of his hatred for the “enemies” of Islam, and especially Jews.

On Sunday his brother, Abdelkader Merah, 29, appeared before an anti-terrorist judge in Paris and was formally charged with “complicity in murder”.

Abdelkader Merah was remanded in custody, and taken to a high-security prison in Paris, where he is likely to remain until his trial.

He has already told police interrogators that he was “very proud” of what Mohamed Merah did, and admitted to dinning with him just before the attack on the Ozar Hatorah school in Toulouse.

“Signals from Abdelkader’s mobile phone were emitted close to the school at the time of the murders,” said an investigating source.

Among numerous questions Abedelkader Merah is facing is why traces of explosive were found in his car, and how much he knew about the arsenal of weapons his brother was storing.

It is also believed that Abdekkader Merah also helped his brother buy the Yamaha T-Max motorbike used in all the attacks, and to respray the vehicle and to try and remove its tracking device.

Paris security sources believe that both Merah brothers were involved in two local Islamist organizations, Forsane Alizza (The Knights of Pride) and a more militant jihadist network known as the Toulouse group, or Jund al-Khalifah.

Jund al-Khalifah, an Al-Qaeda splinter group, has already admitted to working with a “Youssef the Frenchman”- who is believed to be Mohamed Merah.

The French authorities are facing growing criticism that Mohamed Merah, a known fundamentalist who was on the U.S. no-fly list and had attended an al-Qaeda training camp, was left alone to carry out his crimes.