Angelina Jolie claims she has paid no notice to the furor that followed her leg-baring incident at this year’s Oscars last month.

The flashpoint, which has been given the disappointingly unoriginal “leg-gate” moniker, became a favorite subject for satirists, but Angelina Jolie affirms it is water off a duck’s back.

Speaking out about the incident for the first time, the actress initially played the familiar celebrity gambit of ignorance.

Angelina Jolie, 36, told the Huffington Post: “I honestly didn’t pay attention to it. You know what I mean?

“I don’t watch those TV shows and if I go online and see something about myself, I don’t click on it.

“And the people I surround myself with don’t really talk about that kind of stuff.” 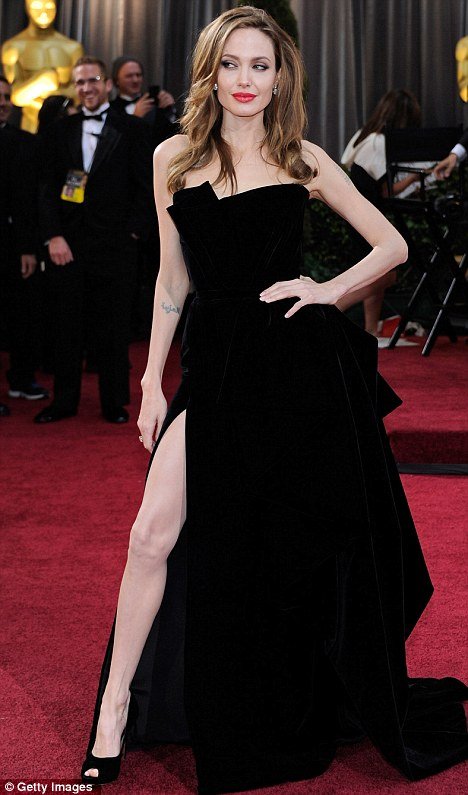 Unfortunately Angelina Jolie soon fluffed her lines by suggesting she was not as unaware as she was letting on about how famous her antics in the Atelier Versace dress had become.

The actress said: “I heard something, but I didn’t pay any attention.

“It’s as simple as a being a woman picking a dress you like and having a night, and not really thinking about anything else.”

As well as becoming a talking point on news stations around the world, Angelina Jolie’s perfect pin has left its mark on the internet.

A Twitter account named Angelina Jolie’s Leg regularly posts musings from what is arguably now her most famous feature.