Ray J lashed out today at claims by Leolah Brown, Bobby Brown’ sister, made on HLN’s Dr. Drew show that he may have provided Whitney Houston with the drugs that contributed to her tragic death, saying her interview was “rife with false statements”.

“Though Leolah Brown was nowhere near the Beverly Hilton hotel on the day Whitney Houston died, [HLN’s parent company] CNN proceeded to broadcast an interview with Ms. Brown in which she falsely claimed that Ray J was at the hotel and contributed to Whitney Houston’s death,” Ray J’s attorney said in a statement released to E! News last night. 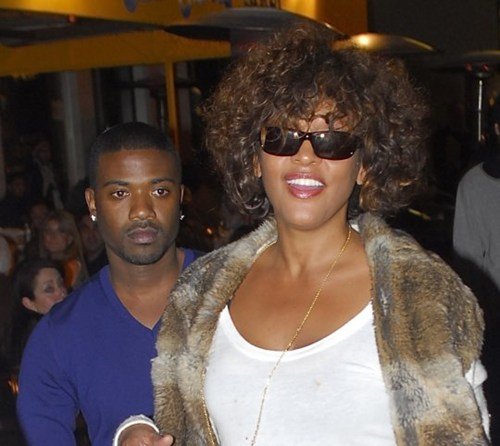 Ray J lashed out today at claims by Leolah Brown made on Dr. Drew show that he may have provided Whitney Houston with cocaine

“Why is he hiding his face? He’s always trying to show his face when he’s with Whitney. Why now? Why you trying to hide, Ray J?” Leolah Brown asked.

Leolah Brown then accused Ray J, who was rumored to be casually dating Whitney Houston, of being a “runner boy” for the music legend because he “knows somebody that sells drugs” and bought and supplied them to her.

Ray J’s lawyer has urged media outlets “not to republish these defamatory stories” and warned of legal action should they proceed to do so without verifying the truth.

Whitney Houston’s official cause of death, released yesterday by the Los Angeles County Coroner, reveals that she died as the result of accidental drowning and the combined effects of atherosclerotic heart disease and cocaine. The drug, however, was never found in her hotel room when investigators conducted their probe.