Whitney Houston’s daughter, Bobbi Kristina Brown, and her rumored fiancé and “adoptive brother” Nick Gordon have once again defied their critiques by stepping out hand-in-hand over the weekend.

Bobbi Kristina Brown, 19, showed off a huge diamond on her engagement finger amid controversial rumors that Nick Gordon, 22, has popped the question.

She was spotted leaving an AT&T store with Nick Gordon, who Whitney Houston raised as her own for 10 years.

The two looked happily in love and held hands as they entered and left the store, in their hometown Atlanta, on Friday. 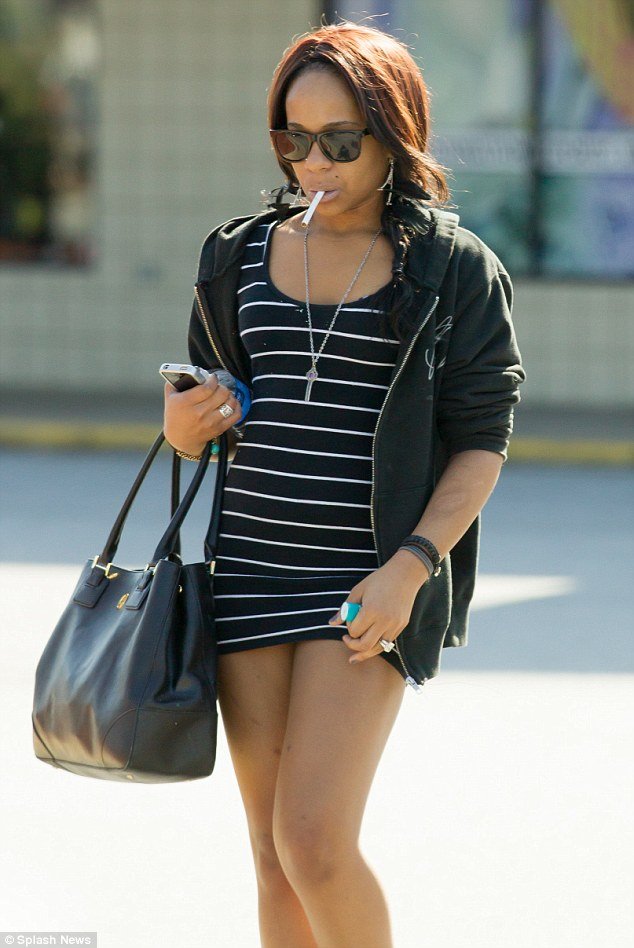 Bobbi Kristina Brown gave a nod to her late mother by wearing a Whitney Houston: Nothing But Love tour sweater, with a striped minidress and boots.

She smoked a cigarette and clutched her iPhone.

It has been claimed that Bobbi Kristina is going against her grandmother Cissy Houston’s wishes by marrying Nick Gordon.

Bobbi Kristina is said to be totally disregarding Cissy Houston’s wishes who has slammed their relationship as “incestuous”.

A source told Star magazine: “Krissy has told her grandmother that she doesn’t need her blessing to marry Nick, and the more Cissy objects to the relationship, well that only cements Krissy’s decision.”

“It’s just a very sad situation. Clearly, Krissy loves Nick, but she has just lost her mother, and her entire world has been turned upside down. Krissy doesn’t think she needs to wait, and points to her mom’s sudden death as the reason to marry Nick,” the source added.