Chaleo Yoovidhya, the creator of the energy drink Red Bull has died in Bangkok aged 80.

Chaleo Yoovidhya rose from humble origins to become one of Thailand’s richest man, with a wealth estimated at $5 billion in 2011.

His pharmaceutical company produced a tonic drink in the 1970s, but it became popular worldwide in the next decade when he went into partnership with an Austrian entrepreneur. 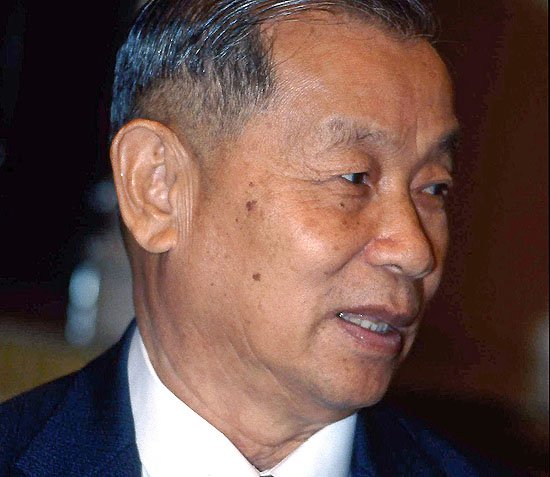 Chaleo Yoovidhya, the creator of the energy drink Red Bull has died in Bangkok aged 80

Chaleo Yoovidhya was born of poor Chinese immigrant parents in the northern province of Phichit, reportedly in 1932, local media say.

He worked as a salesman before setting up TC Pharmaceuticals in 1962.

In 1984 Chaleo Yoovidhya launched it as Red Bull with the Austrian marketing expert Dietrich Mateschitz, and three years later began selling it in Austria.

Red Bull is now sold in 70 countries throughout the world.