Charles Darwin has finally been cleared of stealing ideas that helped shape his theory of evolution from fellow naturalist Alfred Russel Wallace more than 40 years after historians first accused him.

Researchers assumed Charles Darwin kept a letter from Alfred Russel Wallace, also with theories about natural selection, for two weeks – enabling him to revise elements of his own theory of evolution, before announcing it to the world in July 1858.

However, scientists turned detective have now vindicated Charles Darwin from the accusations by tracing historical shipping records to prove he received the letter a month later than previously thought.

Alfred Russel Wallace wrote his ideas in an essay, sending it to Charles Darwin in 1858 to be passed on to noted geologist Charles Lyell.

Researchers accused Charles Darwin of keeping the letter for two weeks – lying about the date of receipt to give him time to revise his own ideas.

The essay was published alongside one by Charles Darwin in 1858, marking the first publication of the theory of evolution – one of the greatest revolutions in the history of science.

The controversy all began in 1972 after a researcher found another letter from Alfred Russel Wallace to a friend sent on the March 1858 steamer from the island of Ternate in modern Indonesia. 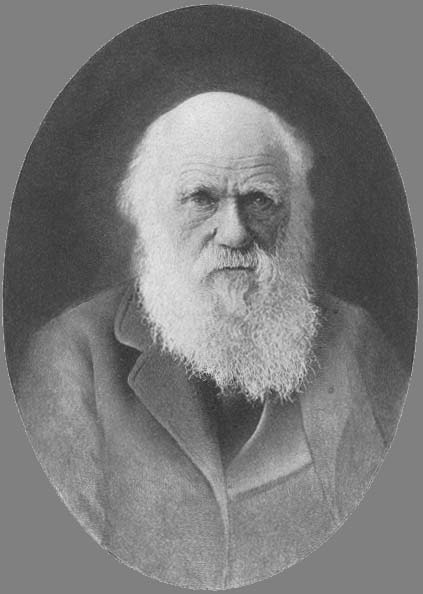 Researchers assumed Charles Darwin kept a letter from Alfred Russel Wallace, also with theories about natural selection, for two weeks - enabling him to revise elements of his own theory of evolution, before announcing it to the world in July 1858

The letter still had postmarks from Singapore and London that showed it arrived in London on 3 June 1858 – two weeks before Charles Darwin said he received the essay from Alfred Russel Wallace.

Historians could not understand how two letters on the same steamer can travel along the same mail route back to London, yet Charles Darwin did not receive his until two weeks after the other letter arrived.

The mystery led to numerous conspiracy theories – including the accusations Charles Darwin stole ideas from the letter, which plagued Darwin’s reputation.

National University of Singapore researchers – in a paper for Biological Journal of the Linnean Society – began the almost impossible task of tracing the 154 year old letters back to prove Charles Darwin was innocent.

Dr. John van Wyhe – a historian of science and Senior Lecturer – said: “I initially assumed that it was impossible to solve since so many historians had examined it before. But it occurred to me that we really have no contemporary evidence of when Wallace sent the essay to Darwin, only his much later recollection that he sent it by the next post after writing it in February.

“That suggested that the essay was sent in March 1858. But this recollection from years later seemed to me not very reliable as evidence of what really happened at the time.

“The other evidence that Darwin received it on 18 June 1858 seemed more likely. All of his correspondence changed dramatically after that date for example.

“Since that side of the correspondence was all one really had to go on, it occurred to me to trace the letter from Darwin’s end, rather than Wallace’s.

“If Darwin really received it on 18 June- how could it get there? It had come to his house in the countryside from London the day before, the 17th.”

Dr. John van Wyhe discovered a steamer had arrived in England on the 16th – the day before – with mail from India and South East Asia – Alfred Russel Wallace’s letter must have been on that ship instead.

He traced back the remainder of the 9,240 mile journey from England, through the Mediterranean, across Egypt, to Sri Lanka, Penang, Singapore, Jakarta and so on.

Dr. John van Wyhe added: “Eventually our mail itinerary was completed all the way back to Ternate and we were astonished to find that there was an unbroken series of mail connections to Ternate – not in March as all other writers before had assumed, but in April 1858.

“My further research has clarified why Wallace mailed it later than we assumed and many other parts of this famous, but misunderstood chapter in the history of science.

“We have assembled the first complete collection of all the surviving Wallace correspondence from Ternate and nearby islands.

“These reveal that he never replied to a letter on the same steamer which delivered it – apparently the turn over time was too short.

“Therefore this is an additional reason to doubt that Wallace could have sent the famous letter to Darwin in March as so long assumed.”

Dr. John van Wyhe is currently completing a major new book on Wallace in South East Asia, which aims to radically revise the traditional story of Alfred Russel Wallace and his famous independent discovery of evolution.