In an interview with “Extra,” the former X Factor contestant talked about the February 9 tussle.

Stacy Francis explains that “there was an exchange, but it wasn’t a violent exchange…She didn’t push me in the head…If it were not Whitney Houston, it could have been very bad.”

She adds more color to the event, saying: “I looked at her and she moved my face away.” 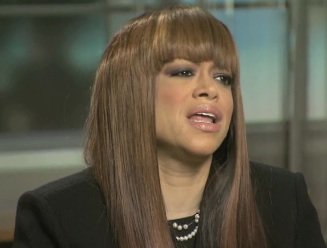 “It was a misunderstanding. We went back and forth for a little while, but all I kept saying to her is that <<I love you very much and I respect you so much>>. I’ve known [Ray J’s] family for a long time. Ray is honestly like a brother to me,” Stacy Francis said.

Two days after the incident, Whitney Houston was found dead in a Beverly Hilton hotel room. The cause of her death is not yet known.