Home Entertainment Meatloaf: “Whitney Houston was one of the three best voices in the...

Whitney Houston was one of the three best voices in the world, said Meatloaf during an interview with Digital Spy.

“I first saw Whitney in London in 1984 in a little room. I can’t remember where it was, but it wasn’t very many people. I was easily 15 feet from her,” Meatloaf said.

Then the singer added: “There’s a lot of great singers – a lot have great vocals. Then there’s singers who know how to give you a song. Mick Jagger’s not a great vocalist, but boy can he sing a song. I don’t think Bono’s a great vocalist but boy does he know how to sell a song. Freddie Mercury was one of the best rock singers in the world.

“But there are three singers that I know that have something ever so slightly different. They have what a professional golfer has… when the ball tees off it goes about 100 feet, then all of a sudden it’s like it’s got little jets on it.

“Aretha Franklin – I saw her live back in a club in Detroit in 1971. She would be singing along, and it’s incredible, then all of a sudden she hits this overdrive and it’s just whoah. Whitney had it. And there’s one other singer that has it that I know of and that’s Adam Lambert. They have that overdrive.” 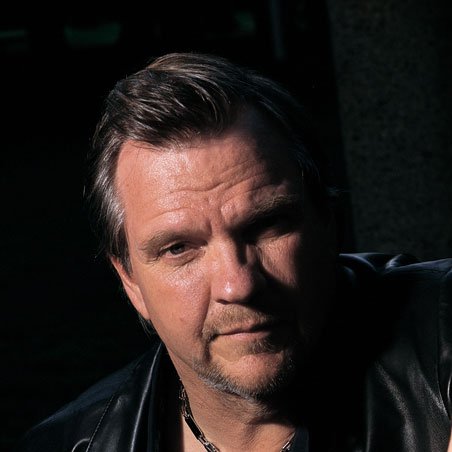 Whitney Houston was one of the three best voices in the world, said Meatloaf during an interview

“I knew Whitney. I used to go to the Clive [Davis’s pre-Grammys] parties. This year I was in Vancouver and I didn’t want to fly back and I’m glad I didn’t because after finding out I wouldn’t have gone to the party.

“I’m not saying anybody’s wrong for going, but I personally would not have gone. If I would have been here and dressed and ready to go and heard that on the news, I would have stayed home. I couldn’t have gone.

“I’m an emotional kind of guy. When I heard about it, I cried. She had this amazing thing and then to have gone through what she went through on tour. People don’t show compassion anymore. There’s no compassion. There’s no understanding. It’s all about <<me>> and <<what I want>> and <<screw you and who cares what you’re going through>>.

“If I would have paid and gone to see Whitney on the last tour I would have enjoyed it. I would have gone, <<You know what, she’s up here, she’s going for it, she’s trying>>. And confidence is a major, major player for any performer.

“Bruce Springsteen is full of confidence. In his brain he can do no wrong. And that’s great. With Whitney I really believe it was a matter of confidence. Instead of everybody attacking her and tearing her down, she needed to be built up.

“That’s how they are throughout their life. They have no foundation, they have no boundaries, they have no self esteem. They’re miserable. And so, they need to do that. Instead of doing that, Whitney needed to be built up.

“I felt bad for her. Any time I see people struggling on TV with a performance, and you see it all the time, I empathise. I go, <<Oh man, that’s horrible, they can’t hear, the sound’s not right, something’s wrong>>. When Bruce did the Super Bowl everybody praised it. But for two songs he was a quarter of a tone flat for both songs. I just went, <<Hey man, this is good, he’s rockin>>.

“People have a hard time. You don’t put them down for it. You don’t put somebody down because they lost their job and they’re struggling. You don’t write hate mail to them. People need more compassion.”