Jennifer Aniston wants to be married by the end of the year and she gave an ultimatum to her boyfriend Justin Theroux.

Jennifer Aniston, 43, who has been dating Justin Theroux, 40, since they met on the set of Wanderlust two years ago, has told friends the actor is “the one” and has even joked that she has issued him with an ultimatum to have asked her to marry him by the end of this year.

Meanwhile, Jennifer Aniston explained the couple’s new dog Sophie, a boxer-pitbull cross, is a “test run” for having children.

According to Daily Mirror newspaper, Jennifer Aniston told a friend: “I’ll be married by the end of the year.

“We’re constantly laughing. Now we’ve got our new baby things are getting serious. We have new responsibilities.

“She’s like a test run for kids, I guess … although hopefully kids are easier to house-train.”

Jennifer Aniston is said to have added: “Justin and I argue over who takes the dog out and who disciplines her, but that’s about it. Things are fabulous. I’m happy. 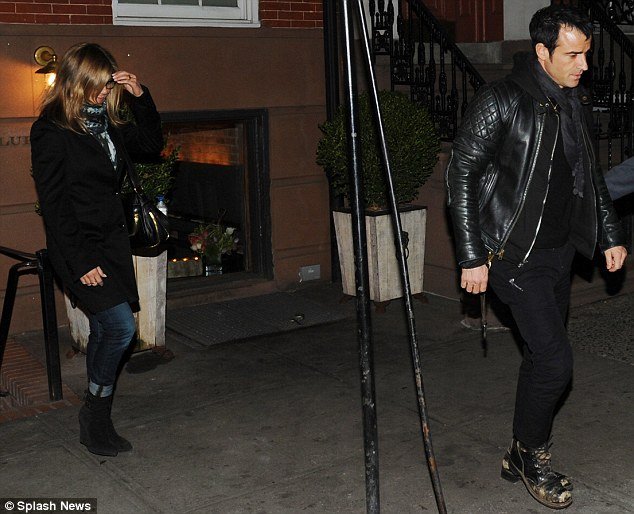 Jennifer Aniston, who divorced Brad Pitt in 2005 and then went on to have doomed relationships with Vince Vaughn and John Mayer, has also told pals she has “never been so happy”.

A friend added: “Jennifer has never been so happy romantically.”

Jennifer Aniston and Justin Theroux have discussed their long-term future and both agreed that they love the idea of settling down.

Jennifer Aniston is beginning to open up about her relationship, despite remaining resolutely tight-lipped at the beginning of their union.

The actress even felt relaxed enough to even joke about how romantic boyfriend Justin Theroux in an interview to promote Wanderlust.

“I’m trying to warm him up but you know…”

Jennifer Aniston then agreed with interviewer Lara Spencer when she proclaimed that Justin Theroux was “really cute and great in this movie”.