Armenia has announced its withdrawal from the 2012 Eurovision song contest in Baku amid new tension with its old rival Azerbaijan.

Azerbaijani and Armenian forces fought a war over the disputed region of Nagorno-Karabakh in the 1990’s which left at least 25,000 people dead.

A ceasefire was signed in 1994, but no permanent peace deal has been reached.

There has also been internal tension in Azerbaijan, where security forces used force to break up an opposition rally in the northern district of Quba on Friday. 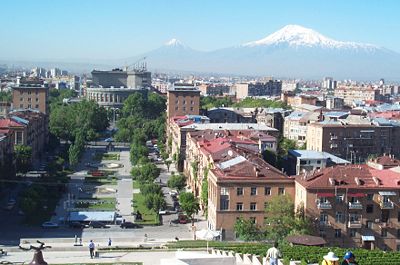 Last month, a group of Armenian pop singers launched a Eurovision boycott campaign, saying: “We refuse to appear in a country that is well known for mass killings and massacres of Armenians, in a country where anti-Armenian sentiments have been elevated to the level of state policy.

“There is no logic to sending a participant to a country where he will be met as an enemy.”

In a speech about local government on 28 February, which was posted on the Azerbaijani leader’s website, President Ilham Aliyev said: “Our main enemies are Armenians of the world and the hypocritical and corrupt politicians under their control.”

Reacting to news of the Armenian withdrawal, senior Azerbaijani politician Ali Ahmedov told reporters that Armenia had no genuine reason to boycott the competition in Baku.

“The Armenian refusal to take part in such a respected contest will cause even further damage to the already damaged image of Armenia,” said Ali Ahmedov, who is secretary of the governing party.