Whitney Houston has been found dead in a Beverly Hilton Hotel room in Los Angeles, aged 48.

Whitney Houston was one of the most celebrated female singers of all time, with hits including I Will Always Love You and Saving All My Love For You.

Her later career was overshadowed by substance abuse and her turbulent marriage to singer Bobby Brown.

Police spokesman Mark Rosen told reporters Whitney Houston was pronounced dead at 15:55 p.m. (23:55 GMT) in her room on the fourth floor of the Beverly Hilton Hotel.

Fire department personnel and members of hotel security were attempting to resuscitate her when police arrived at the scene, he said, but their efforts were unsuccessful.

“She has been positively identified by friends and family that were with her at the hotel, and next of kin have already been notified,” he added. 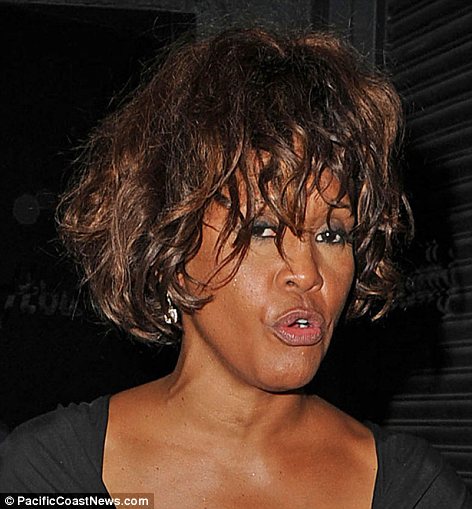 Whitney Houston has been found dead in a Beverly Hilton Hotel room in Los Angeles, aged 48

The cause of her death remains unclear but Mark Rosen said there were “no obvious signs of criminal intent”.

Whitney Houston’s background was steeped in soul and gospel music.

Her mother was gospel singer Cissy Houston, she was cousin to singer Dionne Warwick and goddaughter to Aretha Franklin.

“I just can’t talk about it now,” Aretha Franklin said in a short statement. “It’s so stunning and unbelievable. I couldn’t believe what I was reading coming across the TV screen.”

Having grown up in New Jersey, Whitney Houston began singing in church and then in the night clubs of New York, and was a model before being signed by Arista Records.

At the height of her career in the 1980’s and 90’s she won many awards and enjoyed several number one singles and albums.

Whitney Houston also enjoyed success acting in blockbuster films such as The Bodyguard and Waiting to Exhale.

In recent years drug use took its toll on Whitney Houston and her voice – once acknowledged as one of the finest in pop music – was badly damaged.

Her marriage to Bobby Brown, with whom she had a daughter, Bobbi Kristina, ended in divorce in 2007. The marriage had been a tempestuous one, with allegations of domestic abuse.

“The biggest devil is me. I’m either my best friend or my worst enemy,” Whitney Houston told ABC’s Diane Sawyer in a 2002 interview.

Whitney Houston had been expected to attend the ceremony and her close friend and long-time mentor Clive Davis had recently hinted she might perform.

“It’s her favourite night of the year … who knows by the end of the evening,” he had told AP.

Civil rights activist Rev Al Sharpton said that on the morning of the Grammys, “the world should pause and pray for the memory of a gifted songbird”.

Country singer Dolly Parton – who wrote one one of her most memorable hits, I Will Always Love You – said in a statement: “Mine is only one of the millions of hearts broken over the death of Whitney Houston.”

“I will always be grateful and in awe of the wonderful performance she did on my song, and I can truly say from the bottom of my heart, <<Whitney, I will always love you. You will be missed>>.”