Angelina Jolie’s transition from actress to director was not so smooth, as she had a “complete meltdown” while making her directorial debut with wartime film In the Land of Blood and Honey.

Angelina Jolie had to be comforted by partner Brad Pitt after collapsing in the shower in tears.

The 36-year-old star told fans on a live video web chat: “I had a complete emotional breakdown in the shower and Brad found me crying.

“I felt this huge responsibility and I felt very small and, who am I to take this on?”

Angelina Jolie added: “I had a complete meltdown.”

The actress took on the daunting project of writing and directing the love story, which is set in the Bosnian war. 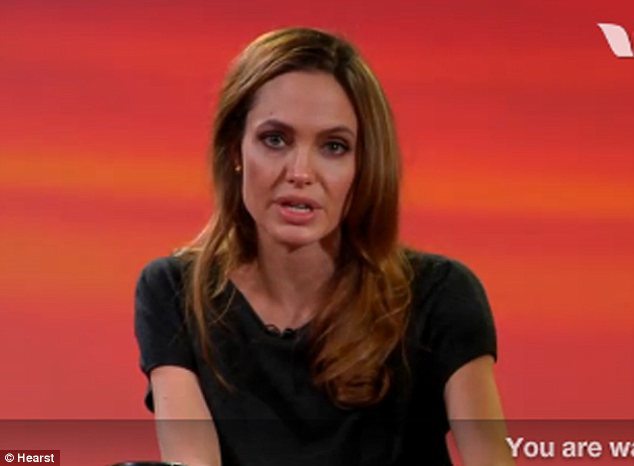 While Angelina Jolie is determined to tell the tale in order to raise awareness, she is unsure as to whether she will return to her behind the scenes role.

Angelina Jolie said: “I didn’t plan to become a director, and I still have trouble saying I’m a director.

“I just wanted to tell this story and I ended up by default being the director.

“It was a pleasure but I wonder if it would be a pleasure with another cast and crew, and a subject matter that wasn’t so special.”

Angelina Jolie was captivated by hearing heart-wrenching stories of people’s experiences living through the Bosnian war, but says at the time it happened, when she was aged 17, she was unaware of its seriousness.

The actress said: “I knew very little, like most Americans.

“I was 17 so I wasn’t very focussed. I was my own form of self-destructive, and it was a bad time.”

Angelina Jolie later came back to the subject and added: “I was a punk… you don’t imagine you could ever be a role model.”

She has clearly proven her directorial ability as the movie, which is released in Europe in February, has been nominated for an award at the Golden Globes.

The subject matter, which is close to her heart, has helped her to realize the importance of teaching her children certain values.

When asked by a fan what lessons she wished to pass onto her children, Angelina Jolie said “compassion and respect”.

She said: “I want my children to be aware of the world around them and have respect for all people around the world.”

Angelina Jolie added: “From the nature of the make-up of my family, they learn a lot abot each other. They dont see this divide which is dangerous.”