One of the reasons Kim Kardashian ended up splitting up with NBA player Kris Humphries is because he was unhappy with the way she spoke to her family.

According to RadarOnline, Kris Humphries would argue with Kim Kardashian because he felt she did not show her relatives enough respect.

Supposedly Kris Humphries was attracted to Kim Kardashian because how close she was to her own family.

The power forward himself comes from a small, close knit family, so he was shocked at the things Kim Kardashian would say to her own relatives.

A source said: “Kris just couldn’t believe that Kim would speak to her mom with such disrespect, often telling her she had no idea what she was doing, as pertaining to Kris’ management of her career.

“On one recent episode of Kourtney and Kim Take New York, Kim called Khloe an <<ugly little troll>> because she was woken up by her sister, earlier one morning than she liked.

“Kris would never even joke with his parents, nor his sister, Kaela that way. He just wasn’t raised that way.” 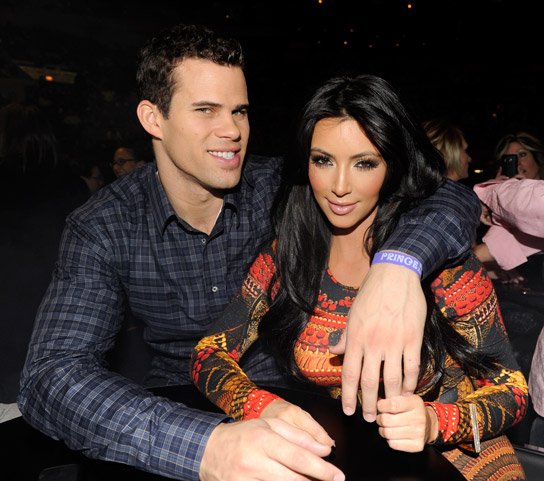 The mystery source, who is reportedly very close to the situation, also said Kris Humphries had been trying to make her change her ways.

It said: “Kris tried to approach the subject gingerly with Kim, saying there were other ways to communicate her frustration and anger, rather than using such ugly language, Kim responded by telling him that it was none of his business.”

As their 72 day union deteriorated the arguing between the pair got even worse.

The source said: “Kim got angry at her mom on the phone while they were in New York because of a photo shoot that she had to go to, that she didn’t want to do.

“Humphries was in the room, and told Kim to stop, and that she had diarrhoea of the mouth.

“Kim quickly turned her anger towards her husband and hung up on her mom, which happens all the time.”

However, it seems Kim Kardashian had been turning to her mother, Kris Jenner, 56, for support as she struggled with her marriage breakdown.

On Kourtney & Kim Take New York, Kim Kardashian told her mother she was unhappy in her marriage during a business trip to Dubai.

Kim Kardashian said: “There’s something in my relationship that I feel isn’t right.

“And married life isn’t what I thought it would be with him: I keep thinking something is off.”