Fernando Brazier, a 28-year-old father of two from New Rochelle, took his own life by throwing himself into a river just hours after marrying his long-term love.

Fernando Brazier had left a note at the front desk of the hotel where he had his wedding reception the night before to tell his new wife where his body could be found.

The groom was then seen leaving the Radisson Hotel in New Rochelle, New York around 9:00 a.m. on Sunday and climbing into a taxi.

His body was discovered at the bottom of the Harlem river near Roberto Clemente State Park around 3:00 p.m., according to police sources.

The coroner has yet to confirm a cause of death but said there was no sign of foul play. 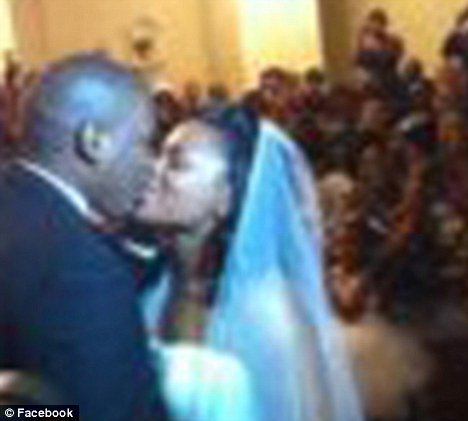 Fernando Brazier, a 28-year-old father of two from New Rochelle, took his own life by throwing himself into a river just hours after marrying his long-term love

Fernando Brazier’s sister Shawna Weeks told the New York Post: “He said [in the note] he couldn’t take it anymore, and to take care of the kids.

“He left his ring in the envelope.”

Police sources believe that the man leapt from a building or the promenade behind it at 55 Richman Plaza in the Bronx.

Fernando Brazier and Trudian Hay had been together since they were teenagers and had two daughters aged 5 and 2.

He was said to have been suffering from depression for several months and had counselling with his fiancee.

Shawna Weeks also told the New York Post: “He would tell me that Trudy was a good person [but] he didn’t want to marry her; he was feeling like he was pressured.”

Fernando Brazier, who was studying to be a nurse, had divorced parents and wanted to give his children a stable home.

During their wedding reception on Saturday evening at the hotel, relatives said Fernando Brazier looked happy and not at all distressed.

The couple spent the night at the hotel but the following morning, Fernando Brazier said he was “going out for a walk” and when he didn’t return his wife was told by staff he had left in a taxi and passed her the note.