Janet Rodriguez from New York, who was laid off after over a decade’s time under the pharmaceutical company Pfizer, says she’s keeping their mailed severance check, even if it is 400-thousand over.

Janet Rodriguez, 54, is now playing defense, however, after the pharmaceutical company Pfizer, the world’s biggest drug maker and manufacturer of Viagra, says they want their money back.

Thecompany plans to take it every which way in court. 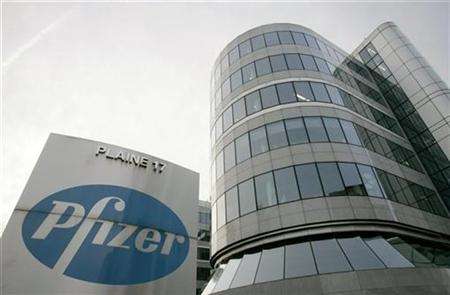 An attorney for Janet Rodriguez told the New York Post that Pfizer waited far too long to spot their error and collect it from her.

Janet Rodriguez was laid off in December 2009 and her check arrived on March 31, the following spring

Pfizer, however, took three and a half months before they either noticed their mistake or came to collect.

“By virtue of the fact that they bring this claim so late in the game, so long after their alleged mistake, [it] is just a cheap bullying tactic that we expect the court to see right through,” Janet Rodriguez’s lawyer, Saul Zabell told the New York Post.

After ignoring a collection agency hired by Pfizer, the company totting $1.9 billion in sales last year filed a suit in the Manhattan Supreme Court against Janet Rodriguez this past week.

Janet Rodriguez just missed a change in the company’s severance package to its employees which went into affect last December after it announced the change to employees in 2009.

For years, Pfizer had offered its laid-off employees three weeks pay for each year worked, in addition to 13 weeks’ severance, the rate believed to have been received by Janet Rodriguez.

Those newly laid off Pfizer employees now receive two weeks’ pay for every year’s service, including 12 weeks of severance.