Kim Kardashian has filed for divorce from NBA star Kris Humphries this morning after just 72 days of marriage.

Kim Kardashian, 31, is seeking the divorce from husband Kris Humphries, 26, on the grounds of “irreconcilable differences”, according to the court documents.

Kim Kardashian said in a statement to E!, which screens her TV show:

“I hope everyone understands this was not an easy decision. I had hoped this marriage was forever, but sometimes things don’t work out as planned. We remain friends and wish each other the best.”

“Yes @KimKardashian is filing for divorce this morning. I touched base with her, getting a statement in just a few mins.” 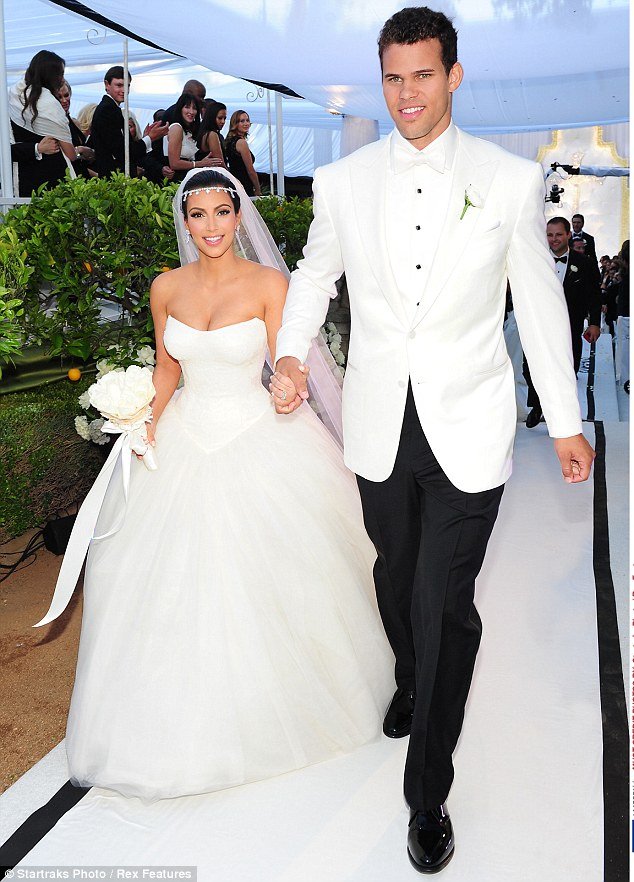 Kim Kardashian ensured they both signed a prenuptial agreement before they got hitched at a lavish ceremony two months ago, on August 20 in Montecito, California.

It netted the couple a reported $18 million from magazine deals, TV coverage and endorsements, that’s $250,000 every day.

Today Kim took to Twitter, but rather than mentioning anything about her marital breakdown cynically plugged her new boutique Kardashian Khaos, which opens tomorrow at The Mirage hotel in Las Vegas.

Kim Kardashian and Kris Humphries’ separation is listed as today (October 31), according to the divorce papers logged with the Superior Court of California. 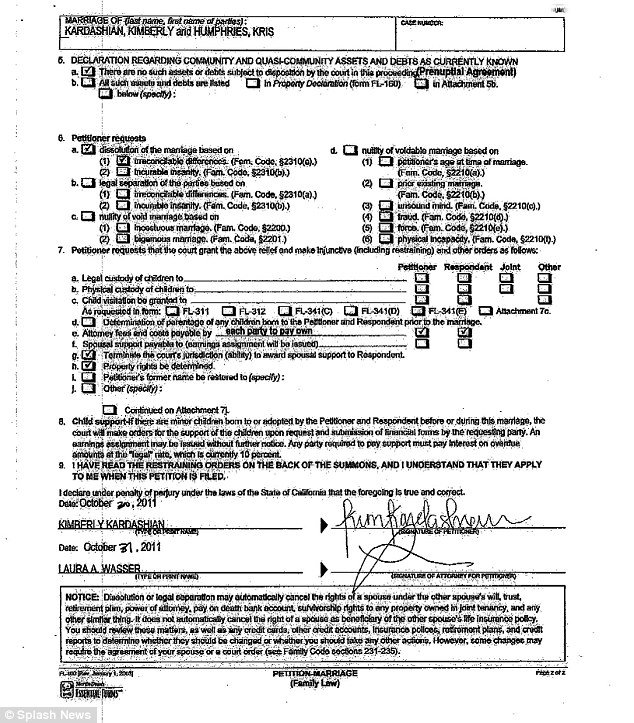 Kim Kardashian, 31, is seeking the divorce from husband Kris Humphries, 26, on the grounds of "irreconcilable differences", according to the court documents

The reality star has hired top divorce lawyer Laura Wasser, who has dealt with the likes of Britney Spears, Maria Shriver, Angelina Jolie and Ryan Reynolds.

Her husband, Kris Humphries didn’t know she was actually filing for divorce until this morning, TMZ reported.

TMZ goes on to claim that Kris Humphries is “totally bummed” about the situation and “doesn’t believe in divorce”.

“All of us at E! are surprised and saddened by this news, and we send our support to Kim and Kris at this difficult time.

“The Kardashians have always been uniquely open with all aspects of their lives from joyous events to intimate moments to heartbreaking transitions.

“E! will continue to share the fascinating real lives and larger-than-life existence of this close-knit family.”

Earlier this month there were reports saying that Kim Kardashian and Kris Humphries’ marriage had hit the rocks.

A source close to them said just two weeks ago: “I don’t know when they’ll announce the split or why they got married in the first place but they are done.”

“They are divorcing. Kim has been staying in a New York hotel which Kris has failed to visit.”

Kim Kardashian and Kris Humphries have been dogged by persistent reports that all is not well between them for several weeks now.

Star magazine claimed Kris Humphries has been spotted partying in both Miami and New York without Kim Kardashian, getting flirty with multiple women and “acting like a single man”.

Life & Style magazine also spoke to a Kourtney & Kim Take New York producer who said: “Kim’s mapping out 2012, including holidays, and Kris isn’t a part of it. Any itineraries for the future don’t include Kris very much.”

Kim Kardashian and Kris Humphries’ fiery relationship was captured on her reality show Keeping Up With Kardashians, where strong-minded Kris frequently complained about feeling “emasculated” by his wife.

Kim Kardashian and Kris Humphries started dating in December 2010 soon after she ended her brief dalliance with Canadian model Gabriel Aubry (Halle Berry’s ex) and announced their engagement in May.

The divorce will mark the second failed marriage for Kim Kardashian, she eloped to Las Vegas with music producer Damon Thomas – 10 years her senior – when she was just 19, but divorced in 2004 after four years together.

Kim Kardashian has also had high-profile relationships with RnB singer Ray J, who she filmed a sex tape with, and NFL star Reggie Bush.