Strapped to a gurney, awaiting lethal injection, Troy Davis lifted his head and looked at Mark MacPhail’s family, to repeat his claim that he was not responsible for the police officer’s 1989 murder.

Troy Davis last words were: “I’d like to address the MacPhail family. Let you know, despite the situation you are in, I’m not the one who personally killed your son, your father, your brother. I am innocent.

“The incident that happened that night is not my fault. I did not have a gun. All I can ask … is that you look deeper into this case so that you really can finally see the truth.” 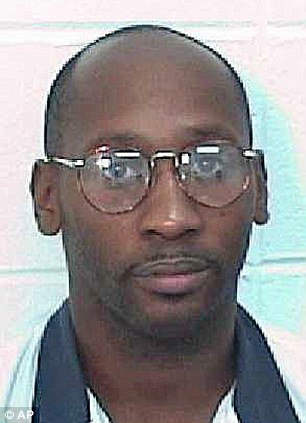 Troy Davis then asked his family and friends “to continue to fight this fight.”

At the end he said: “For those about to take my life, God have mercy on your souls. And may God bless your souls.”

The execution went ahead despite a dramatic intervention minutes before Troy Davis was due to be put to death.

Defense lawyers had made a last ditch appeal to the US Supreme Court,but after four hours deliberation, the nine justices unanimously decided to uphold the execution.

Few minutes later Troy Davis was strapped to the chair and he was declared dead at 11:08 p.m. 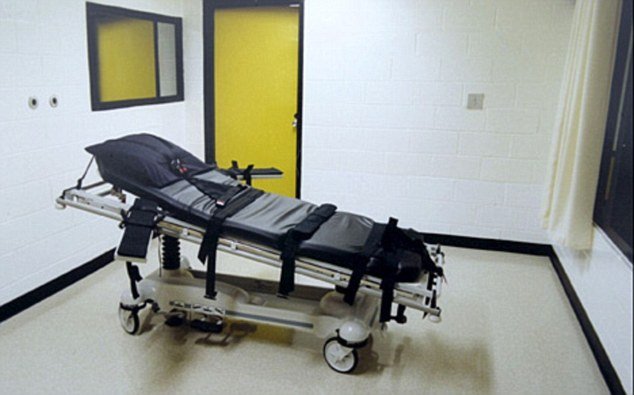 The chamber at Jackson prison, Georgia, where Troy Davis was executed

Troy Davis’ case was riddled with doubt, the lawyer maintained.

Thomas Ruffin described the process of execution as “sickening”.

“I saw the tube inserted into his arm, and then fluid, then jerking.

“It’s sickening. It’s worse than any film adaptation. It’s more macabre and horrible than anything on film and television.”

After more than four hours the appeal was denied by all nine Supreme Court judges, five of them being needed to stay the execution.

The statement issued by the Supreme Court read:

Hundreds of protesters and Troy Davis supporters on the scene at Jackson prison had initially celebrated at word that the death by lethal injection had been temporarily halted.

Until the moment when it seemed almost certain that Troy Davis would be executed.

A Butts County superior court judge had also declined to stop the execution.

Troy Davis’ lawyers went to the US Supreme Court at around 6:00 p.m. Wednesday. From 7:00 p.m. state of Georgia was within its rights to execute Troy Davis but instead chose to wait for the Supreme Court’s decision. 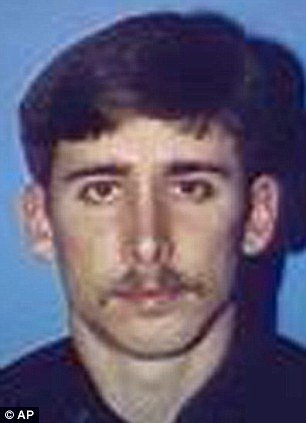 “I just feel relieved that it’s over.”

“It took a long time to get here.”

“I’d like to have some peace now that it is over… I’d like it to come to an end now.

“We have been through hell. He [Davis] did this. Nobody made him do it. It was his choice.

“I have lost my son and the father of my grandchildren. He has made his own bed and he’s got to sleep in it.” 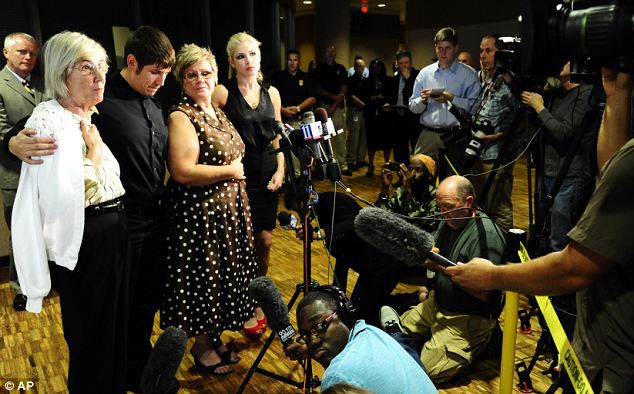 “I’m absolutely devastated because I want it over with. … They’ve been through the courts four times there in Georgia. They’ve been to the Supreme Court three times.

“This delay, again, is very upsetting and I think very unfair to us.”

“I’d like to close this book. We feel [Troy Davis is] guilty. The evidence and everything that we have seen – that I have seen, because I’ve been to all the trials – he is guilty, and I believe in that. And so does the rest of my family.”

Outside the prison in Jackson, a vigil was held on Wednesday night. Amnesty International also targeted U.S. embassies across the world.

Last night event was heavily policed, with more than 100 Georgia state troopers in riot gear gathering at the scene, as prison officials, family members and protestors reacted to the Supreme Court’s decision.

They had resorted to increasingly desperate measures such as urging prison workers to strike and posting a judge’s phone number online.

Before his death Troy Davis was sad to be “upbeat and prayerful” and turned down the opportunity to have a last meal of his choice – as protesters gathered as far afield as Paris and London.

Defense lawyer Stephen Marsh had hoped the lie detector test would convince the state pardons board to reconsider a decision against clemency, but the request was rejected yesterday.

Wednesday night was the fourth time and final time that Troy Davis’ execution has been scheduled by Georgia officials.

Troy Davis always claimed he was innocent of killing Mark MacPhail, an off-duty police officer working as a security guard in Savannah, Georgia in 1989. But state and federal courts repeatedly upheld his conviction.

Prosecutors and Mark MacPhail’s relatives said they have no doubt the right man is being punished.

Just one day before execution, Georgia’s pardons board rejected a last-ditch clemency plea despite high-profile support from figures including Pope Benedict XVI and a former FBI director for the claim that Troy Davis was wrongly convicted.

September 17: Georgia Board of Pardons and Paroles receives 600,000-signature petition asking for clemency.

September 19: The board holds a clemency hearing.

September 20: Board denies clemency for Davis, reportedly by a majority of three to two.

Yesterday a.m.: Defense attorneys’ last ditch request for a polyghraph test is denied by the board.

6:00 p.m.: Troy Davis’ lawyers “hit send” on an application to US Supreme Court

7:00 p.m.: Georgia is within its rights to execute Troy Davis but awaits Supreme Court decision