Jackie Kennedy’s interviews to be released on September 13.

The audio and transcripts of the interviews, conducted by friend and longtime JFK aide, historian Arthur M. Schlesinger Jr., are being released in book form this month in “Jacqueline Kennedy: Historic Conversations on Life with John F. Kennedy.” 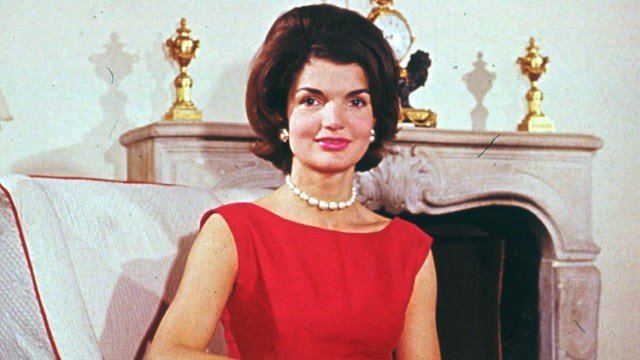 ABC News airs "Jacqueline Kennedy: In Her Own Words" in a two-hour special reported by Diane Sawyer

JFK’s brief presidency, ended with an assassin’s bullet in November 1963, still has an enormous influence on many today, not just for its actual policies and actions but also for the notion of “Camelot,” a mythologized, golden moment in American politics full of hope, promise and high style.

And no one knew “Camelot” better than First Lady Jacqueline Kennedy (later Onassis).

Tuesday at 9 p.m. Eastern/Pacific time, ABC News airs “Jacqueline Kennedy: In Her Own Words” in a two-hour special reported by Diane Sawyer.

By Jackie Kennedy’s request, the never-heard recordings were kept under seal until after her death in 1994, but the Kennedy Library in Boston has held them back until this month.

According to some reports the tapes were not to be released until 50 years after the former first lady’s death. But daughter Caroline Kennedy Schlossberg, the last surviving child of John F. Kennedy and the de facto protector of the family legacy who had her own brief unsuccessful flirtation with politics, decided to release them early.

ABC News disputed reports of sexual content in the recordings, but they do reveal candid insights into Jacqueline Kennedy’s feelings and thoughts about Lyndon Johnson, the Vietnam War and the Reverend Martin Luther King Jr.

Among other stories, it is reported that Jackie Kennedy believed JFK was skeptical of success in Vietnam.

On his appointing Republican Henry Cabot Lodge as US ambassador to Vietnam, Jacqueline Kennedy says:

“I think he probably did it … rather thinking it might be such a brilliant thing to do because Vietnam was rather hopeless anyway, and put a Republican there.”

According to ABC News, Jacqueline Kennedy also recalls a scene in which historian David Donald in 1962 spoke to JFK and some of his friends and aides about Abraham Lincoln’s presidency.

“<<Do you think>> – it’s the one thing that was on his mind – <<would Lincoln have been as great a president if he’d lived?>>. And Donald, really by going round and round, had agreed with him that Lincoln, you know, it was better – was better for Lincoln that he died when he did.”